Use this guide to find resources for music performance, including LC call number browsing ranges for repertoire, books, and journals..

You don't have to visit the Wilson Music Library to browse our shelves! The Library Catalog supports virtual browsing. Once you find a score that you're interested in, scroll to the bottom of the catalog record to see other scores shelved in the same row.

If you're looking for new repertoire to perform, it is often helpful to browse the Music Library's scores. The following call number ranges are for trombone music; individual works within these numbers are arranged alphabetically by composer or arranger:

International Trombone Association - "Formed in 1972, ITA is a registered non-profit organization and our mission is to promote the trombone and all trombone-related activities across the world." 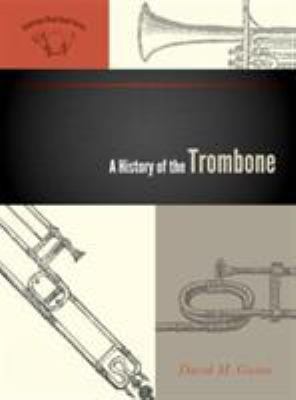 History of the Trombone

A History of the Trombone, the first title in the new series American Wind Band, is a comprehensive account of the development of the trombone from its initial form as a 14th-century Medieval trumpet to its alterations in the 15th century; from its marginalized use in a particular Renaissance ensemble to its acceptance in various kinds of artistic and popular music in the 19th and 20th centuries. David M. Guion accesses new and important primary source materials to present the full sweep of the instrument's history, placing particular emphasis on the people who played the instrument, the music they performed, and the relevant cultural contexts. After a general overview, the material is presented in two main sections: the first traces the development of the trombone itself and examines the literature written about it, and the second investigates the history of performance on the instrument--the ensembles it participated in, the occasions in which it took part, the people who played it, and the social, intellectual, political, economic, and technological forces that impinged on that history. 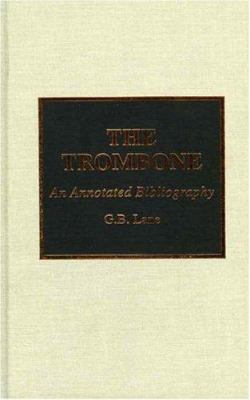 The trombone has frequently been relegated to the status of footnotes and afterthoughts in much of the research on brass instruments. This book is designed to feature the trombone, its history, music, performers, performance practices (including jazz performance), instruments and equipment, and pedagogical topics that are of concern to those who teach the instrument. The book may be used by trombonists and the broader research community who are interested in finding material both common and arcane about the trombone. The information may be perused at three levels: browsing through the broad classifications of each chapter; checking for cross-listings in the annotations; and using the index which is keyed to the author, subject, and keyword line at the end of each annotation. The book also includes four appendixes: the first identifies relevant periodicals and journals; the second lists obituaries of trombonists not included in biographical citations; the third lists presidents of the International Trombone Association; the fourth lists recipients of the ITA Award. 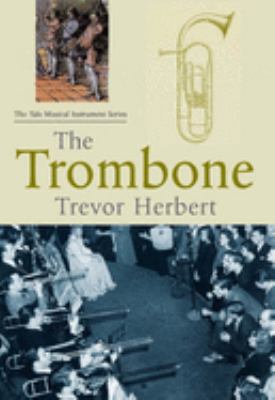 This is the first comprehensive study of the trombone in English. It covers the instrument, its repertoire, the way it has been played, and the social, cultural, and aesthetic contexts within which it has developed. The book explores the origins of the instrument, its invention in the fifteenth century, and its story up to modern times, also revealing hidden aspects of the trombone in different eras and countries. The book looks not only at the trombone within classical music but also at its place in jazz, popular music, popular religion, and light music. Trevor Herbert examines each century of the trombone’s development and details the fundamental impact of jazz on the modern trombone. By the late twentieth century, he shows, jazz techniques had filtered into the performance idioms of almost all styles of music and transformed ideas about virtuosity and lyricism in trombone playing. 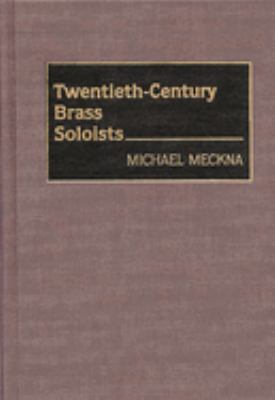 Musical performance on brass instruments has blossomed in the 20th century because of technical improvements in horn making, a vastly increased literature, and an astonishing number of outstanding players. Louis Armstrong, Tommy Dorsey, and Doc Severinsen have become household names, and classical musicians such as Maurice Andre, Christian Lindberg, and Barry Tuckwell have pursued distinguished careers as soloists. "Twentieth-Century Brass Soloists" analyzes and celebrates nearly one hundred brass soloists who have performed and been recorded widely, and whose genius, technique, and style have combined to produce unforgettable moments in music. 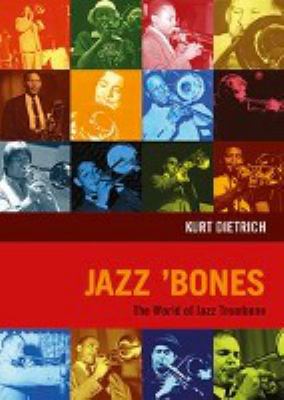 Jazz 'Bones features an extremely well-researched collection of anecdotes and stories that traces the history of jazz trombone from its early inception to the present. A special feature is the inclusion of many lesser-known though incredibly gifted players. 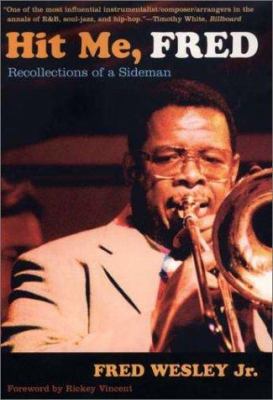 Hit Me, Fred: Recollections of a Sideman

With Hit Me, Fred, sensational sideman Fred Wesley Jr. moves front and center to tell his life story. A legendary funk, soul, and jazz musician, Wesley is best known for his work in the late sixties and early seventies with James Brown and as the leader of Brown's band, Fred Wesley and the JB's. Having been the band's music director, arranger, trombone player, and frequent composer, Wesley is one of the original architects of funk music. He describes what it was like working for the Godfather of Soul, revealing the struggle and sometimes stringent discipline behind Brown's tight, raucous tunes. After leaving Brown and the JB's, Wesley arranged the horn sections for Parliament, Funkadelic, and Bootsy's Rubber Band, and led Fred Wesley and the Horny Horns. Adding his signature horn arrangements to the P-Funk mix, Wesley made funk music even funkier. Wesley's distinctive sound reverberates through rap and hip-hop music today. In Hit Me, Fred, he recalls the many musicians whose influence he absorbed, beginning with his grandmother and father--both music teachers--and including mentors in his southern Alabama hometown and members of the Army band.

Contains annotated listings of French literature for tenor trombone, bass trombone, tuba, and bass saxhorn, as well as repertoire suitable for the modern euphonium. Intended for teachers and students, this book also provides separate listings of pedagogical materials for each of these four instruments.

Subtitle: sources on the history, literature, pedagogy, performance, and acoustics of brass instruments. 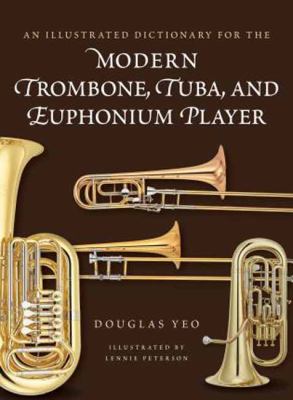 An Illustrated Dictionary for the Modern Trombone, Tuba, and Euphonium Player

Modern low brass instruments--trombone, tuba, and euphonium--have legions of ancestors, cousins, and descendants in over five-hundred years of history. Prominent scholar and performer Douglas Yeo provides a unique, accessible reference guide that addresses a broad range of relevant topics and brings these instruments to life with clear explanations and the most up-to-date research. Brief biographies of many path-changing individuals highlight their influence on instrument development and use. The book's inclusive scope also recognizes the work of diverse, influential artists whose important contributions to trombone and tuba history and development have not previously been acknowledged in other literature. Extensive illustrations by Lennie Peterson provide insight into many of the entries.

Looking for Something Specific? Use Library Search:

Excerpts and instructional materials are classified in the MT range and shelved with the books.