Use this guide to find resources for music performance, including LC call number browsing ranges for repertoire, books, and journals..

You don't have to visit the Wilson Music Library to browse our shelves! The Library Catalog supports virtual browsing. Once you find a score that you're interested in, scroll to the bottom of the catalog record to see other scores shelved in the same row.

If you're looking for new repertoire to perform, it is often helpful to browse the Music Library's scores. The following call number ranges are for cello music; individual works within these numbers are arranged alphabetically by composer or arranger:

Internet Cello Society - "An international cyber-community of cellists, seeks to advance the knowledge and joy of cello playing around the world."

Books on the Cello: 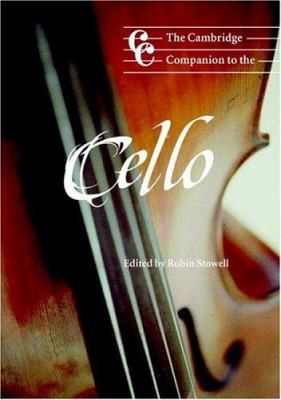 The Cambridge Companion to the Cello

This is a compact, composite and authoritative survey of the history and development of the cello and its repertory since the origins of the instrument. The volume comprises thirteen essays, written by a team of nine distinguished scholars and performers, and is intended to develop the cello's historical perspective in breadth and from every relevant angle, offering as comprehensive a coverage as possible. It focuses in particular on four principal areas: the instrument's structure, development and fundamental acoustical principles; the careers of the most distinguished cellists since the baroque era; the cello repertory (including chapters devoted to the concerto, the sonata, other solo repertory, and ensemble music); and its technique, teaching methods and relevant aspects of historical and performance practice. It is the most comprehensive book ever to be published about the instrument and provides essential information for performers, students and teachers. 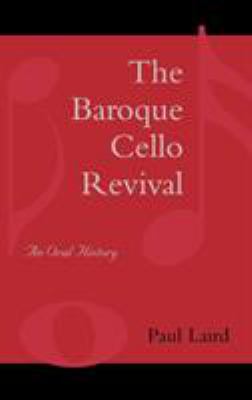 This resource considers the Baroque cello's revival as part of the period instrument movement from the viewpoints of over forty cellists from three generations and four luthiers who have worked on period cellos. What emerges is a nuanced and detailed picture of the cello in the past and present and the varied instruments now played under the label "Baroque cello." Period instruments played with appropriate techniques have become a major presence in classical music in recent decades. For the cello, which changed substantially between the end of the sixteenth and early eighteenth centuries, it is challenging to describe specific traits for certain time periods, let alone how it was played in those periods. By chronicling the searches of over forty top cellists in England, Europe, and North America, the author goes far in revealing the great variety of forms that exist. This is the first study in which the revival of a single period instrument has been considered in such qualified detail and will be of great interest to musicologists, luthiers, and anyone interested in string history. 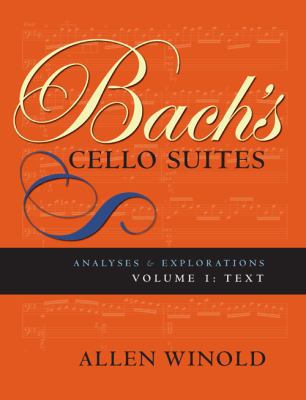 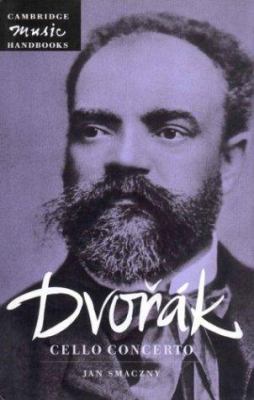 Dvork's Cello Concerto, composed during his second stay in America, is one of the most popular works in the orchestral repertoire. This guide explores Dvork's reasons for composing a concerto for an instrument which he at one time considered unsuitable for solo work, its relationship to his American period compositions and how it forms something of a bridge with his operatic interests. A particular focus is the concerto's unique qualities: why it stands apart in terms of form, melodic character and texture from the rest of Dvork's orchestral music. The role of the dedicatee of the work, Hanus Wihan, in its creation is also considered, as are performing traditions as they have developed in the twentieth century. In addition the guide explores the extraordinary emotional background to the work which links it intimately to the woman who was probably Dvork's first love. 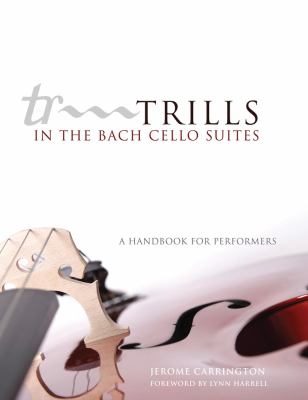 Trills in the Bach Cello Suites: A Handbook for Performers

Offers performers, teachers and students new insights into ornamentation. An important new reference work that has earned praise from America’s leading Bach scholar and an impressive list of distinguished cellists. The Cello Suites of Johann Sebastian Bach contain some one hundred trills, many open to diverse execution and more than half sparking controversy among musicians. Now accomplished cellist Jerome Carrington brings together and examines historically informed interpretations of the trills and compares them with contemporary performance practice. Carrington collects and annotates every trill in the Cello Suites, examining each ornament individually to find the most historically accurate solution for its execution. For determining the form of each trill, he offers a method that includes analysis of harmonic structure. Because no autograph copy of the Cello Suites has survived, he undertakes a detailed study of the manuscript of the Lute Suite in G minor, which Bach adapted from Cello Suite No. 5, as a reference for correcting errors and verifying harmonic and rhythmic details. Bursting with new ideas, Trills in the Bach Cello Suites offers insight for performers and music theorists alike. It will aid in the interpretation of these classic works as it renews our appreciation for Bach’s genius. 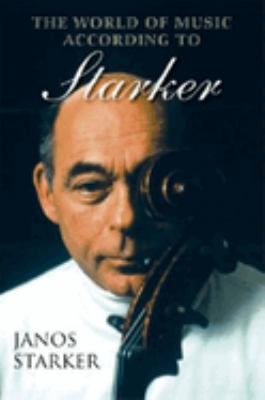 The World of Music According to Starker

Janos Starker is universally acknowledged as one of the world's great musicians. Known for a flawless technique paired with expressive playing and interpretation, the Hungarian-born cellist is arguably also the premier teacher of his instrument in our time. String players flock to his masterclasses from all over the world, and cellists compete vigorously to study under him at the Indiana University School of Music. More than the consummate musician, however, Starker is also a raconteur and writer, occasionally quirky and droll, always witty and with a pointed opinion to share. The World of Music According to Starker is a colorful autobiography spanning the author's fascinating life. From his early musical education during World War II in Hungary, to his world tours, educational philosophy, and recording and pedagogical legacy, Starker takes the reader on a riveting, entertaining, and informative journey. Included in the book are several of Starker's short stories and commentaries on world events, academia, and--of course--music that have appeared in newspapers, music periodicals, and trade magazines. 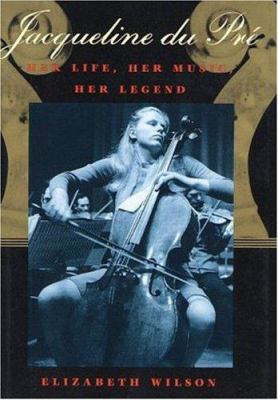 Jacqueline du Pre: Her Life, Her Music, Her Legend

The definitive biography of one of the best-loved musicians of the twentieth-century, who was stricken with illness & died at the height of her career. 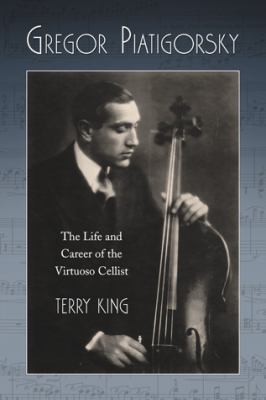 Gregor Piatigorsky: The Life and Career of a Virtuoso Soloist

Forced to provide for his family from the age of 8 and thrown out of his home into a bitter Moscow winter at age 12, cellist Gregor Piatigorsky began his career as an archetypal struggling artist, using secondhand and borrowed instruments. When the October Revolution forced his escape to Warsaw, he enjoyed initial success with the Warsaw Philharmonic. Relocating to Berlin a few months later, he again struggled in poverty before eventually emerging as solo cellist with the Berlin Philharmonic. Settling in the United States during World II, Piatigorsky continued a brilliant career that cemented his place as one of the twentieth century's greatest musicians. This all-embracing chronicle of Piatigorsky's tempestuous life and career finally reveals the full life story of a musical legend. 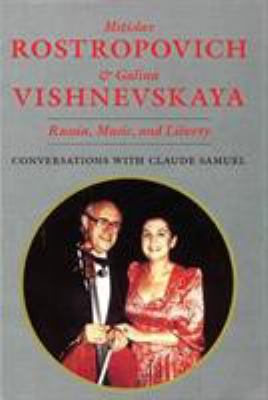 In these conversations with French Journalist and critic Claude Samuel, the cellist and the diva tell the story from their 1955 marriage (four days after meeting ) onwards. Musical matters lie at the focus of their thoughts, but their turbulent political battles coupled with a love for their homeland are also themes." 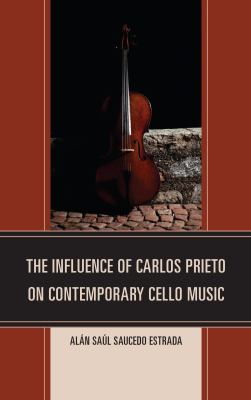 This book includes biographical information on Carlos Prieto, his contributions to music, as well as a detailed catalog of 72 pieces commissioned and/or dedicated to him. A graduate of MIT and a former director of Fundidora, the biggest steel company in Mexico, Carlos Prieto decided at the age of 38 to abandon his career as a business man and become a full time professional cellist. Since then he has premiered over 90 pieces, most of them commissioned and/or dedicated to him by Latin-American composers. These commissions and dedications represent about 50 percent of the music written for the cello by Latin-American composers. This is the first time a study has been conducted on this body of music. 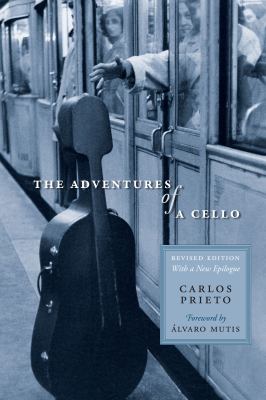 The Adventures of a Cello

In 1720, Antonio Stradivari crafted an exquisite work of art--a cello known as the Piatti. Over the next three centuries of its life, the Piatti cello left its birthplace of Cremona, Italy, and resided in Spain, Ireland, England, Italy, Germany, and the United States. In 1978, the Piatti became the musical soul mate of world-renowned cellist Carlos Prieto, with whom it has given concerts around the world. In this delightful book, Mr. Prieto recounts the adventurous life of his beloved "Cello Prieto," tracing its history through each of its previous owners from Stradivari in 1720 to himself. He then describes his noteworthy experiences of playing the Piatti cello, with which he has premiered some eighty compositions. In this part of their mutual story, Prieto gives a concise summary of his own remarkable career and his relationships with many illustrious personalities, including Igor Stravinsky, Dmitry Shostakovich, Pablo Casals, Mstislav Rostropovich, Yo-Yo Ma, and Gabriel Garcia Marquez. A new epilogue, in which he describes recent concert tours in Moscow, Siberia, and China and briefer visits to South Korea, Taiwan, and Venezuela, as well as recent recitals with Yo-Yo Ma, brings the story up to 2009. 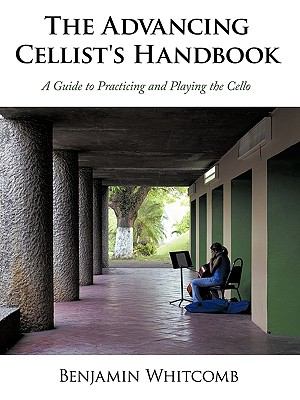 The Advancing Cellist's Handbook: A Guide to Practicing and Playing the Cello

"How I wish I could have read this book years ago It would have saved many hours of practicing which often have had disappointing results for the time invested." -Phyllis Young, Playing the String Game and The String Play. The Advancing Cellists Handbook is a concise but thorough treatise on virtually every aspect of practicing and learning to play the cello. This book is primarily designed for intermediate cellists, which usually means ages 14 to 20, but which could be any age from 6 to 80. The purpose of this book is to provide you with much of the basic information that you need in order to become good at practicing the cello. 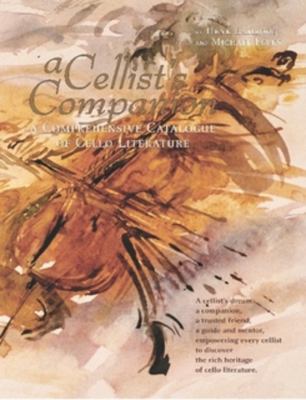 A Cellist's Companion: A Comprehensive Catalogue of Cello Literature

Over 35 years of work has resulted in the very first comprehensive catalogue of cello music, including approximately 45,000 titles by 15,000 composers. Listed alphabetically by composer are works for cello solo, cello and piano, cello and orchestra, duos, cello ensemble music, solo cello with chamber ensemble, two or more soloists and orchestra, cello and voice, methods and studies. An index by instrumentation is also included. This unique project to compile all music ever written for cello solo - published or unpublished, in print or out of print - is a reference work that will immediately become every cellist's companion. 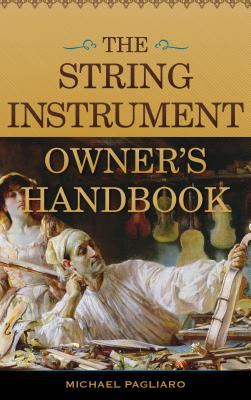 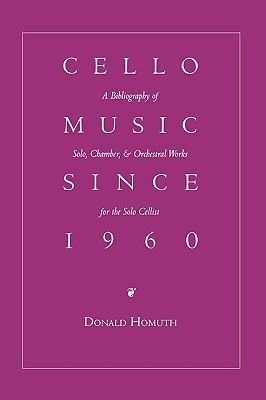 This guide lists more than 5,200 works for the solo cellist written by 3,100 composers over the past thirty years. Entries give information on the date of composition, duration, publisher or source, first performances, and recordings, instrumentation, new performance techniques used, and degree of difficulty. Indexed by composers and cellists. 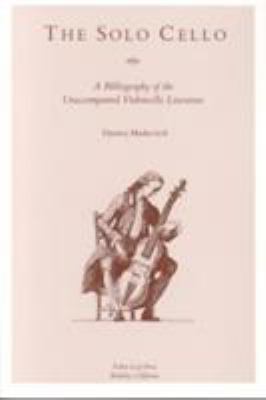 The Solo Cello: A Bibliography of the Unaccompanied Cello Literature

Exploring in depth the repertory of the unaccompanied cello, this work lists more than 1,500 works from the Baroque era to the present day. It gives succinct information, including durations of works, and composers' dates and nationalities.

Looking for Something Specific? Use Library Search:

Excerpts and instructional materials are classified in the MT range and housed in the same location as books about music (MLs):