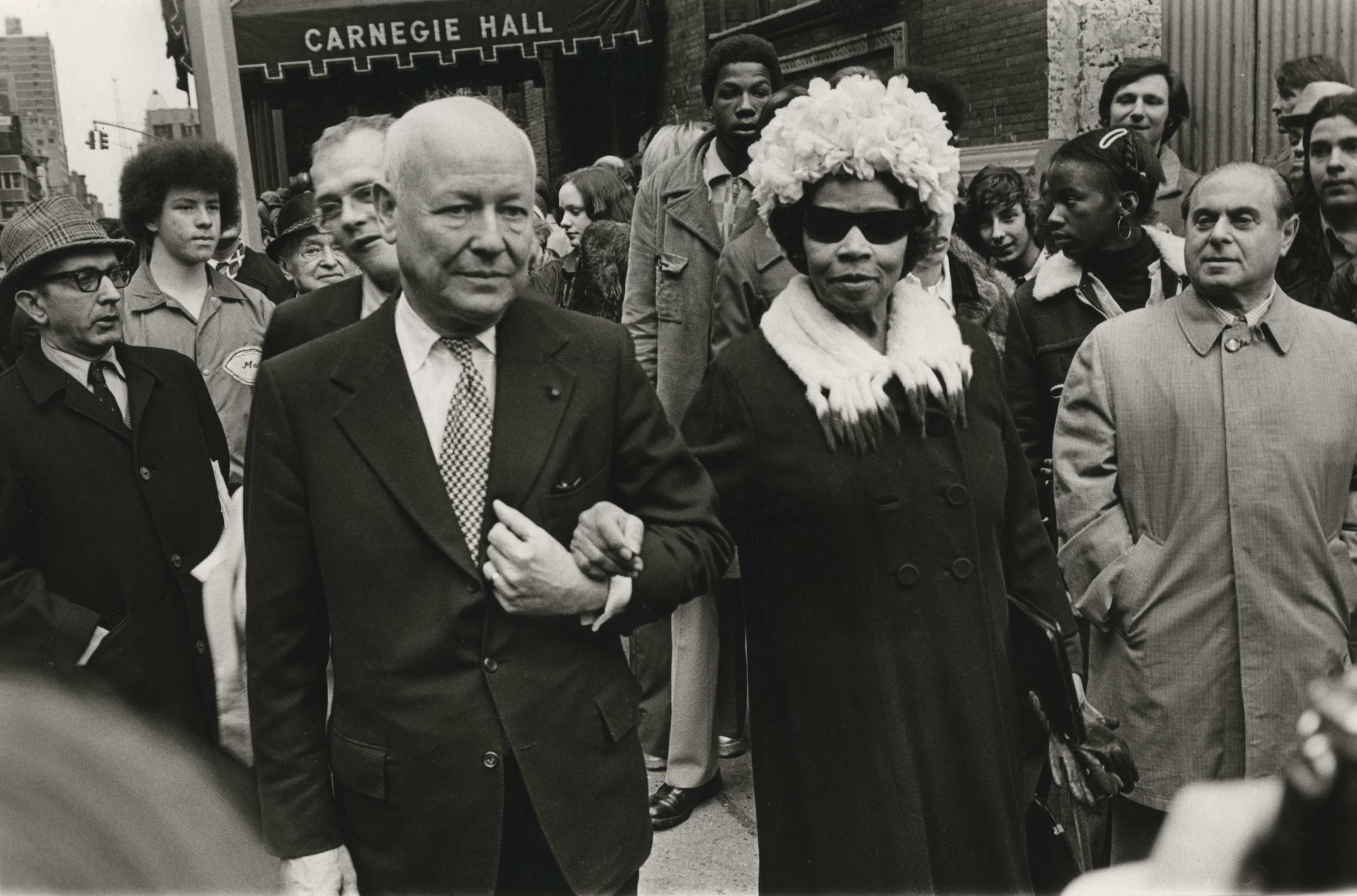 Autographed photograph of Marian Anderson given to Francis Robinson. 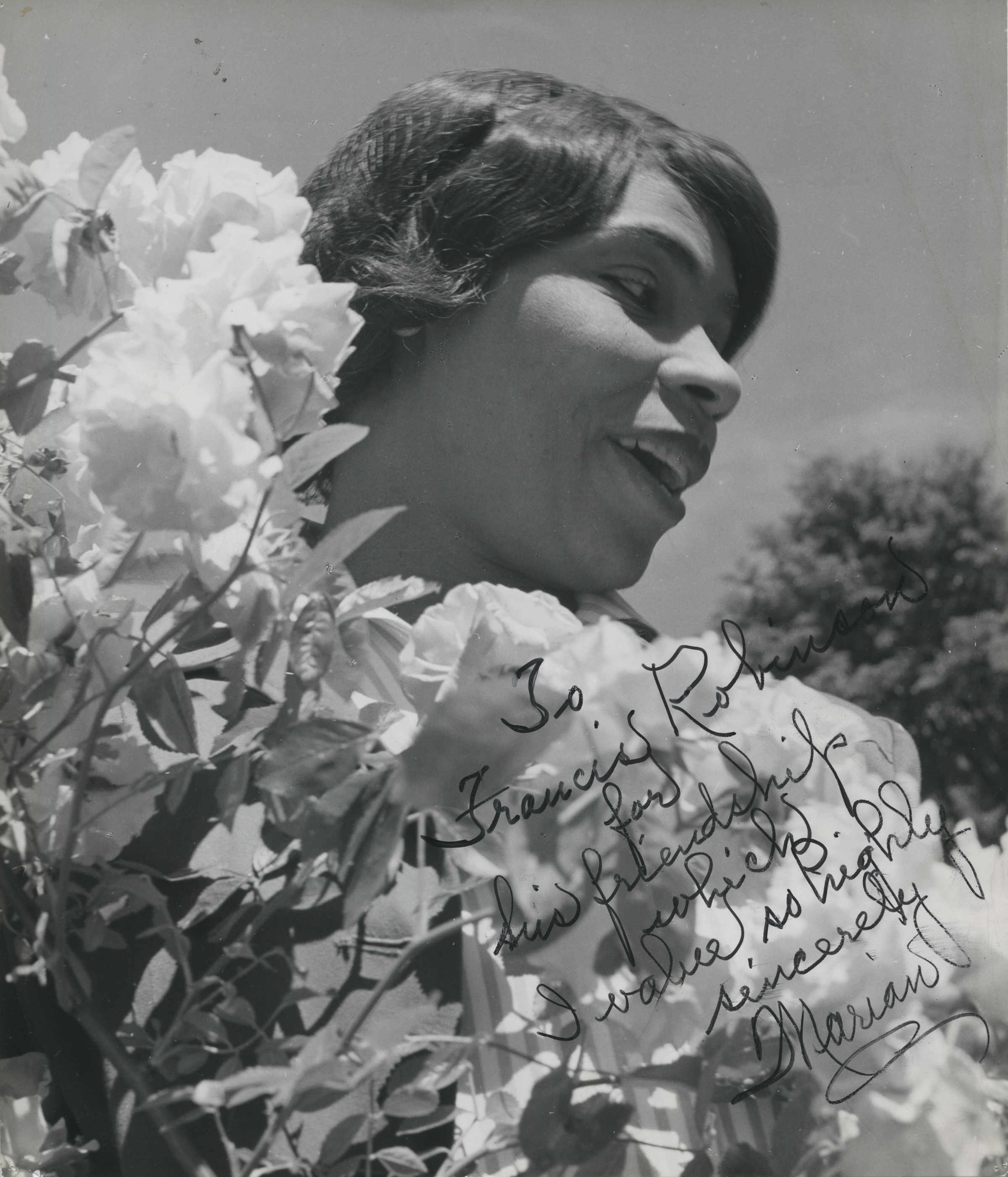 Marian Anderson, contralto (1897–1993) was the first African-American person to perform at the Metropolitan Opera in New York City on January 7, 1955 (at the age of 57). Her performance as Ulrica in Giuseppe Verdi's Un ballo in maschera at the Met was the only time she sang an opera role on stage.