Caruso and the Victrola:

Caruso was the first opera star to embrace the new recording technologies of the early twentieth-century. He entered into an agreement with the Victor Talking Machine Company (which became RCA Victor) to make and sell recordings of his voice. This arrangement was financially lucrative for both Caruso and Victor, and cemented Caruso's reputation as the world's greatest tenor.

An advertisement for Caruso's new records for the Victor Talking Machine Company, 1906. 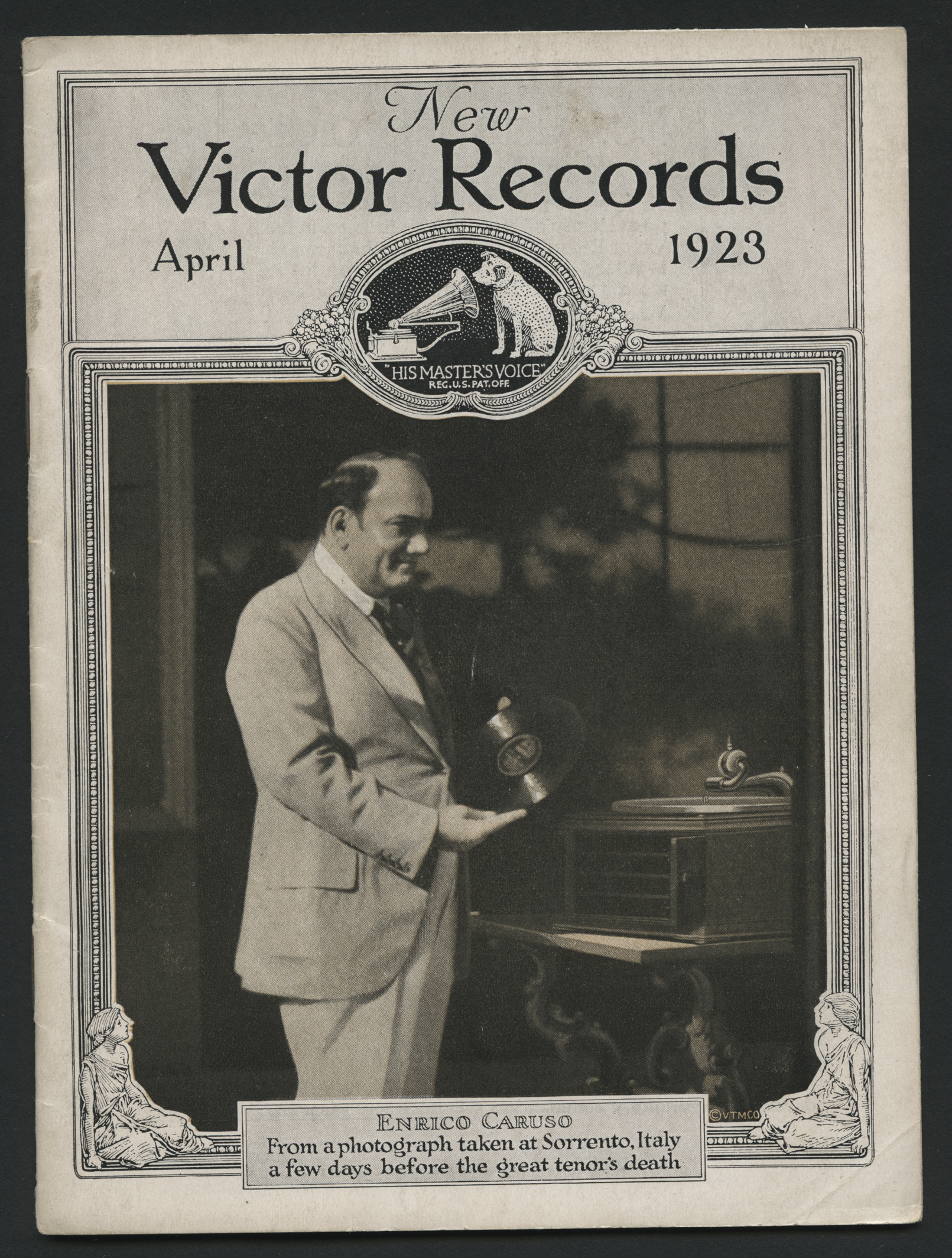 An illustration of famous Victor artists by B. Graeme, 1915.

Enrico Caruso (1873–1921), an Italian tenor, is considered the greatest operatic tenor to have lived and the first opera star to make best-selling recordings. His signature role was Canio, the traveling clown in Ruggiero Leoncavallo's I pagliacci.