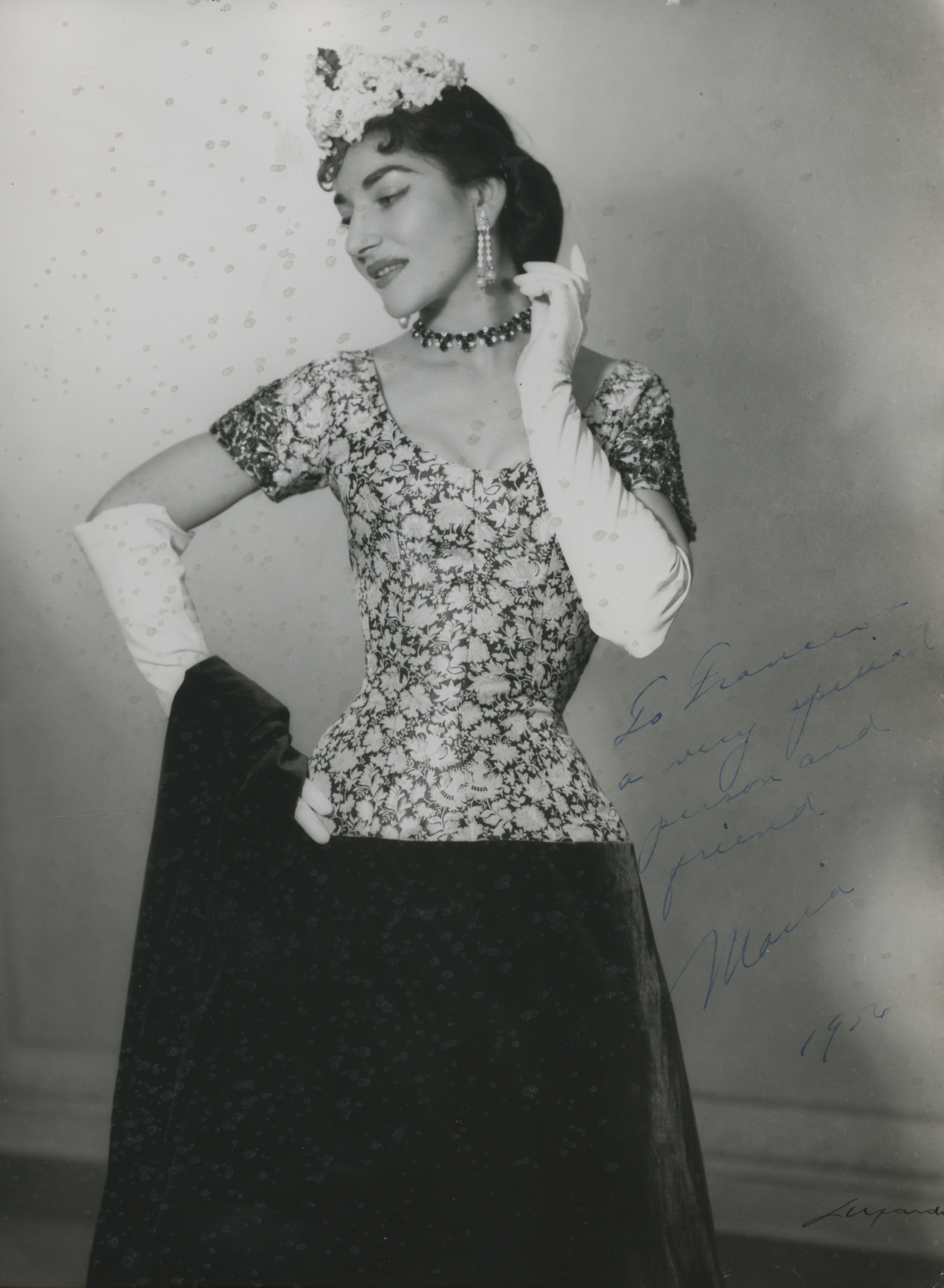 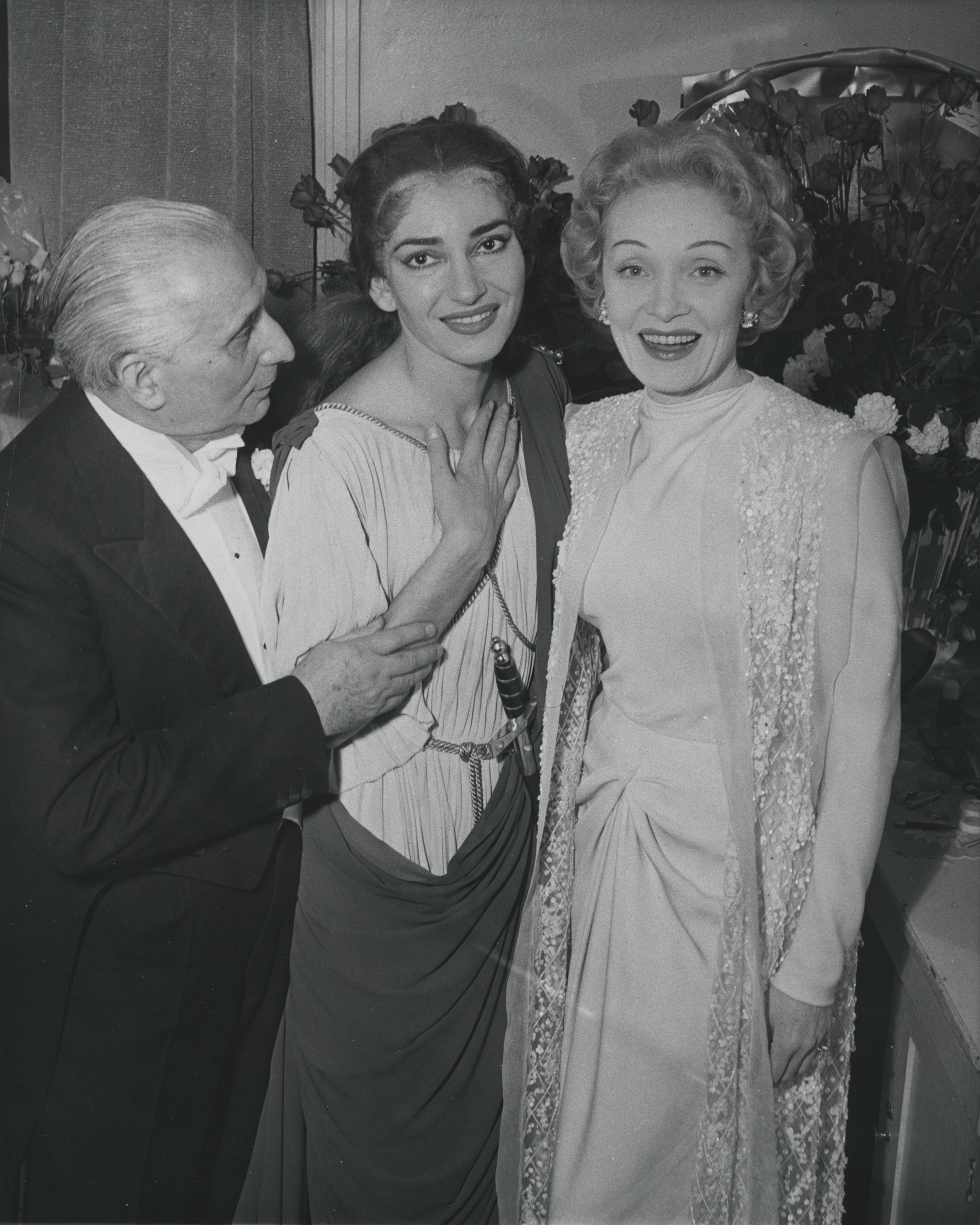 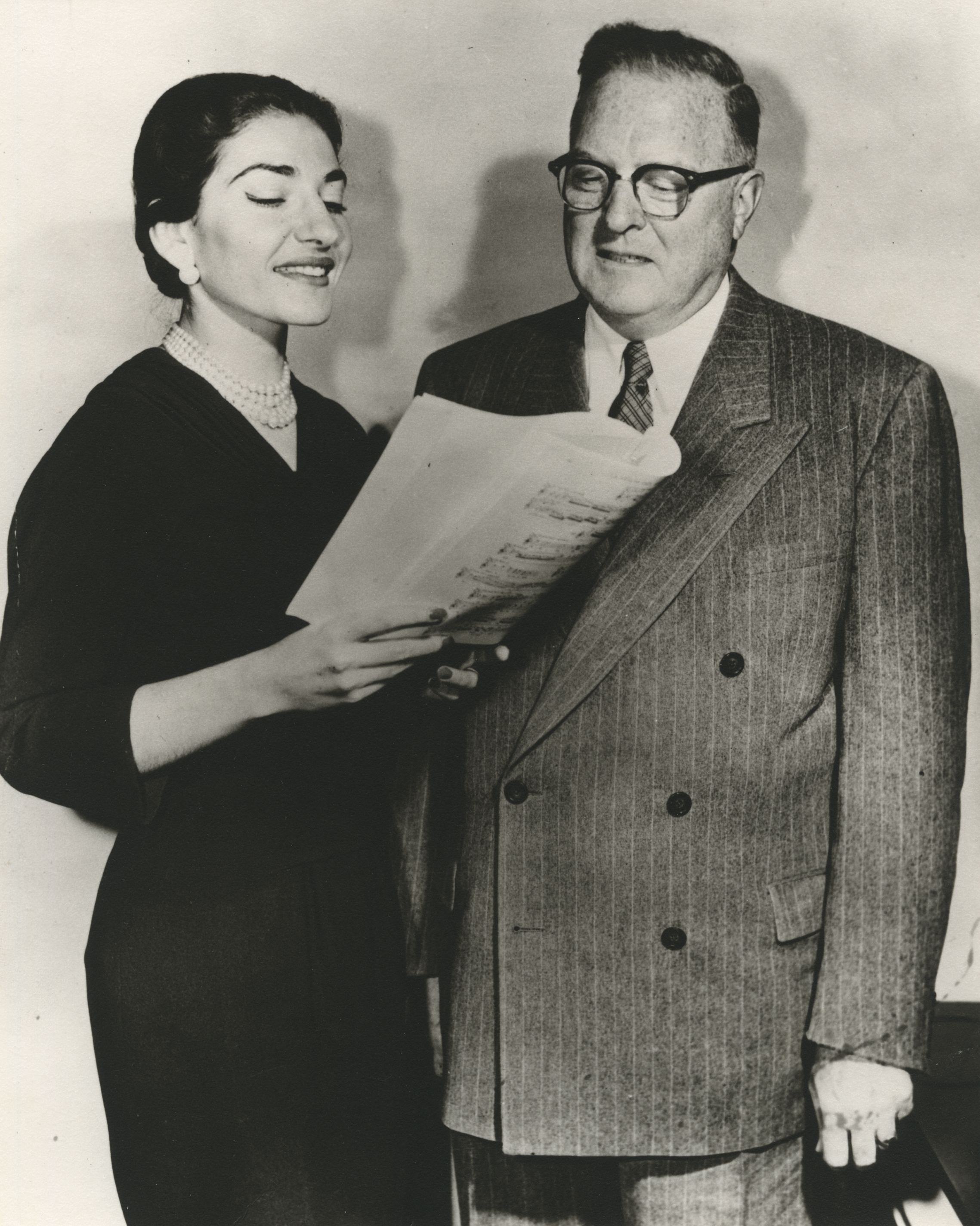 Maria Callas (1923 –1977) was an American-born Greek soprano and one of the most renowned opera singers of the 20th century. She had an impressive bel canto technique, a wide-ranging voice, and great dramatic gifts.   Her remarkable musical and dramatic talents led to her being hailed as “La Divina.” In 1958, Callas and Rudolf Bing (Manager of the Met) were in discussion about her season at the Metropolitan Opera. She was scheduled to perform in Verdi's La Traviata and in Macbeth. Callas and the Met could not reach an agreement, and before the opening of Medea in Dallas, Bing sent a telegram to Callas terminating her contract. Headlines of "Bing Fires Callas" appeared in newspapers around the world.  Bing said that Callas was the most difficult artist he ever worked with, "because she was so much more intelligent. Other artists, you could get around. But Callas you could not get around. She knew exactly what she wanted, and why she wanted it."  Callas and Bing reconciled in the mid-1960s, and Callas returned to the Met for two performances of Tosca with her friend, baritone Tito Gobbi.