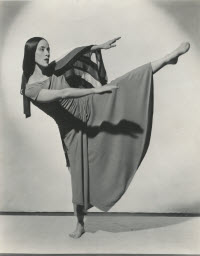 Martha Graham (1894-1991) American dancer and choreographer, was very influential in modern dance, creating many works devoted to “reveal the inner man.” She was interested in using the body as an expression of human behavior. One of her most famous dances was titled “Lamentation,” combining grace and stark physical contrasts.  She also choreographed Aaron Copland’s Appalachian Spring in 1944. She was awarded the Presidential Medal of Freedom in 1976.

Modern dance developed from the traditions of classic ballet into abstract movements, less rooted in literal story telling or in decorative choreography.  Dancers now moved for the sake of movement itself, matching the avant-garde energy of modern music.

Pioneers of modern dance pushed the limits of bodily movement, addressing the challenges and rewards of modern life. 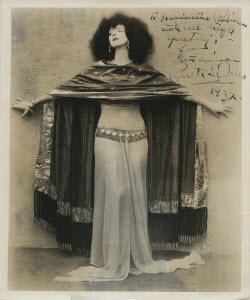 Ruth St. Denis was interested in theatre and dance as a child. She worked in vaudeville and musical theatre. She became interested in Asian art, culture and dance, specifically Hindu art and philosophy. Her early performances were often titled with an eastern influence, for example, Radha, The Cobra, Egypta, and The Incense.

Ruth St Denis married her dance partner, Ted Shawn in 1914 and they danced together for over fifty years. She brought interesting spiritual and exotic themes into the dance theater and repertoire. She used "musical visualizations" with nonballetic movements, an important aspect of modern dance.
Ruth St. Denis was considered the "First Lady of American Dance." 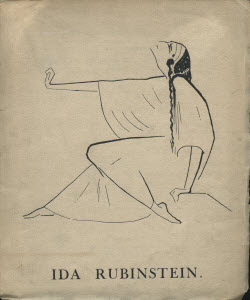 Ida Rubinstein, fin de siècle Russian dancer (1885-1960), known for her beauty, wealth, patronage, and philanthropy. This rare edition illustrated by the French artist Georges Tribout depicts some of her famous dance movements.   She commissioned Maurice Ravel to write a musical piece for her, originally named Fandango in 1928, later renamed Boléro. 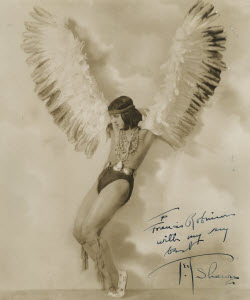 Ted Shawn was one of the first choreographers to research and interpret American Indian dances. His interest in Native American cultures is expressed in his statement "The art of the dance is the fundamental art of the human race, and it is of greater importance that we preserve and record the authentic dance of the Indians now alive that that we preserve all their other arts." 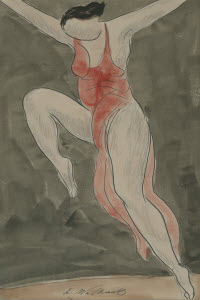 Abraham Walkowitz (1878-1965) was a Russian-born artist, who studied in Paris, then moved to New York and worked with Alfred Stieglitz and other American modernists. Walkowitz was enchanted with Isadora Duncan and her “divine expression of the human spirit though the body’s movement.”  He tried to capture Isadora Duncan’s fluid dance movements in line and shape. This watercolor is only one example of the many drawings that he did of her, numbering over 5,000.

From the Vanderbilt TV News Archive