Opera in America: The Met:

The original Metropolitan Opera House (called the "old Met") opened on October 22, 1883 with a performance of Faust. The photograph shows the exterior of the old Met, c. 1950. 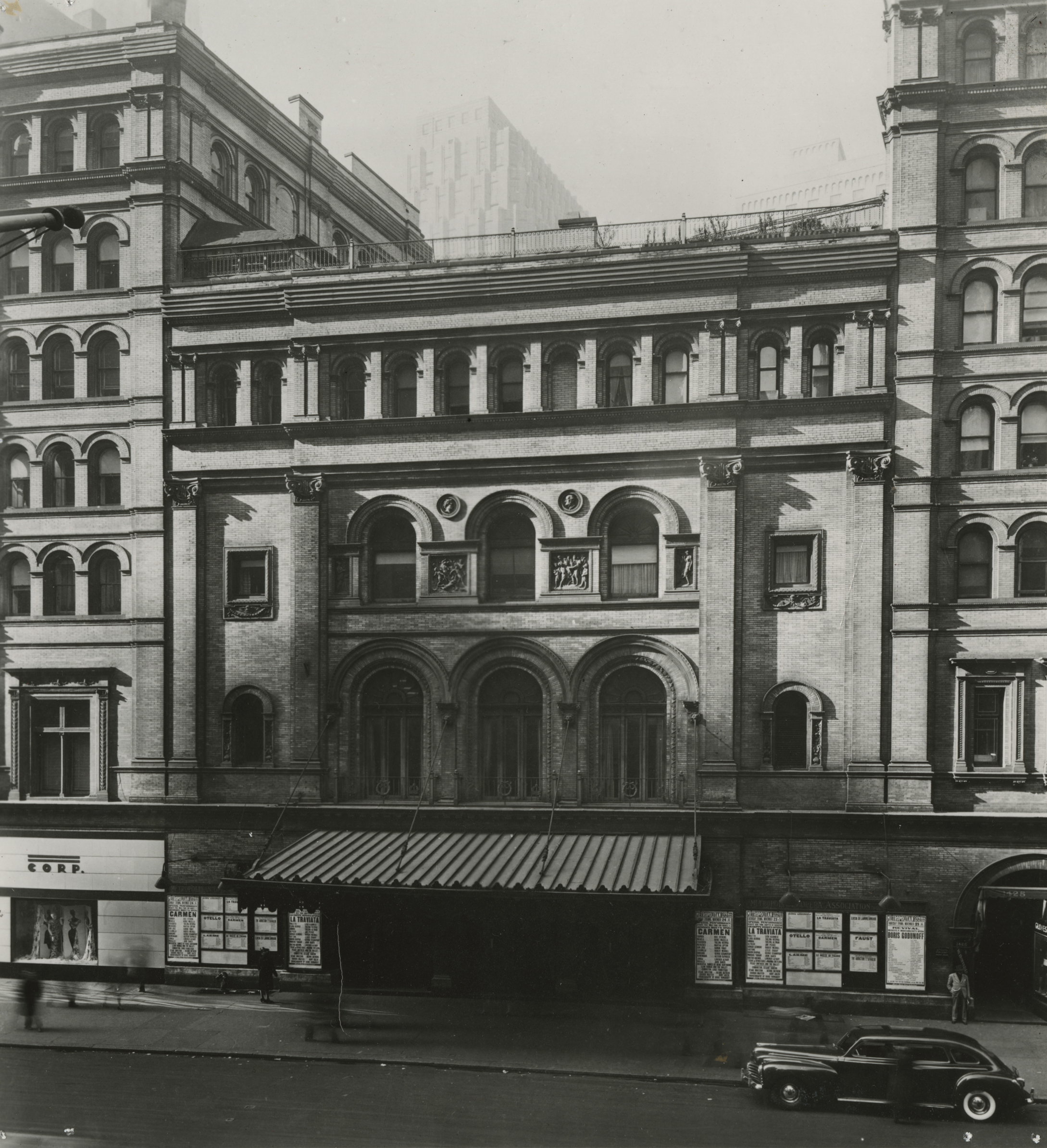 Despite excellent acoustics, the backstage facilities proved inadequate for a large opera company. The dream of a new opera house would not b e realized until 1966. This photograph by Louis Mélançon  shows the interior of the old Met, including its famous gold damask curtain. 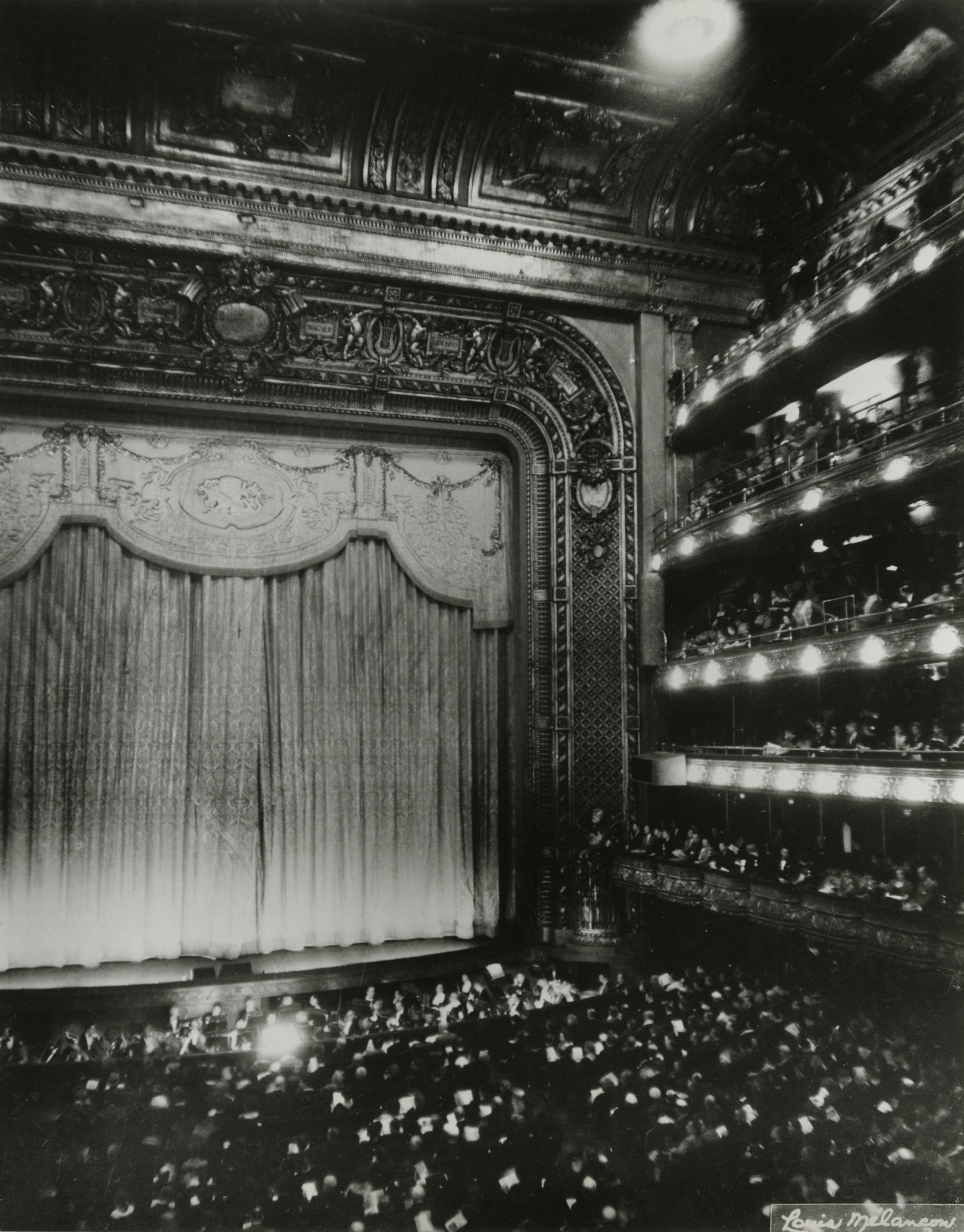 As a symbol of a nation's wealth and power, visits to opera houses are a way to experience a country's rich culture. The first specially built opera houses were the Teatro S. Cassiano in Venice (1637) and the Teatro della Pergola in Florence (1657). By 1700 there were about ten such venues in Venice alone and opera houses were springing up in France, Germany, and ultimately throughout Europe as opera became commercial entertainment for wider audiences. The first opera houses in Germany were the Munich Residenztheater (1657), the Theater am Gänsemarkt in Hamburg (1678), and the Hanover Court Theater (1689).  Many theaters used for plays were converted for opera performance, including Covent Garden, London, which was built as a theatre in 1732.  Fire destroyed many 18th-century opera houses, but Drottningholms Slottsteater in Drottningholm, Sweden, survives almost intact and is still used for Baroque operas. During the 19th century, operas became increasingly grand, with elaborate scenery used to create exotic locations, and with large vocal and instrumental ensembles. Many of the world's best-known opera houses were built in the second half of the 19th century; they were designed not only to house lavish spectacle but also to symbolize national or civic magnificence.  A feature distinguishing the design of opera houses from that of concert halls is the use of a horseshoe plan with tiered balconies and boxes over most of the wall surfaces, bringing audiences closer to the singers and the stage.

Historic opera programs document the complex history of concert life and the formation of the operatic musical canon in the eighteenth and nineteenth centuries. Not only are programs helpful for finding basic data on dates and circumstances of premieres, but they can also contribute to more advanced research by uncovering trends in a particular ensemble, city, or composer's works. This case in Ingram features programs from 1833-1966 from the Francis Robinson Collection, including:

The development of the Lincoln Center for the Performing Arts gave the Metropolitan Opera Company a location to build a new, larger performance space. The old Met hosted its last performance on April 16, 1966, and the new Met made its official opening on September 16, 1966 with the premiere of Samuel Barber's Antony and Cleopatra.

Dating from January 16, 1960, this publicity photograph shows some of the greatest American performers, composers, and artists posing with a model of the Lincoln Center complex. 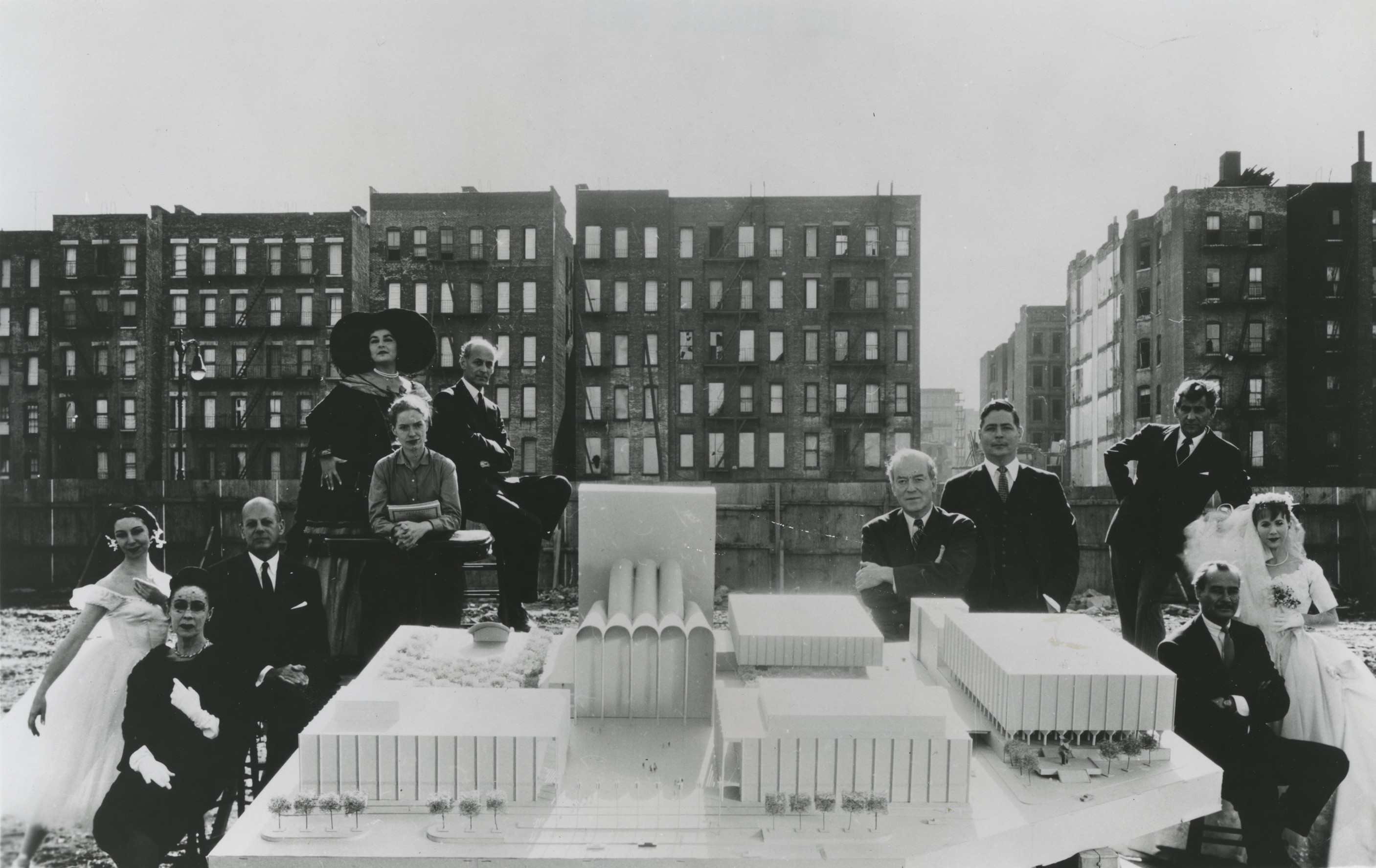 The interior of the Metropolitan Opera House at Lincoln Center, 1966. 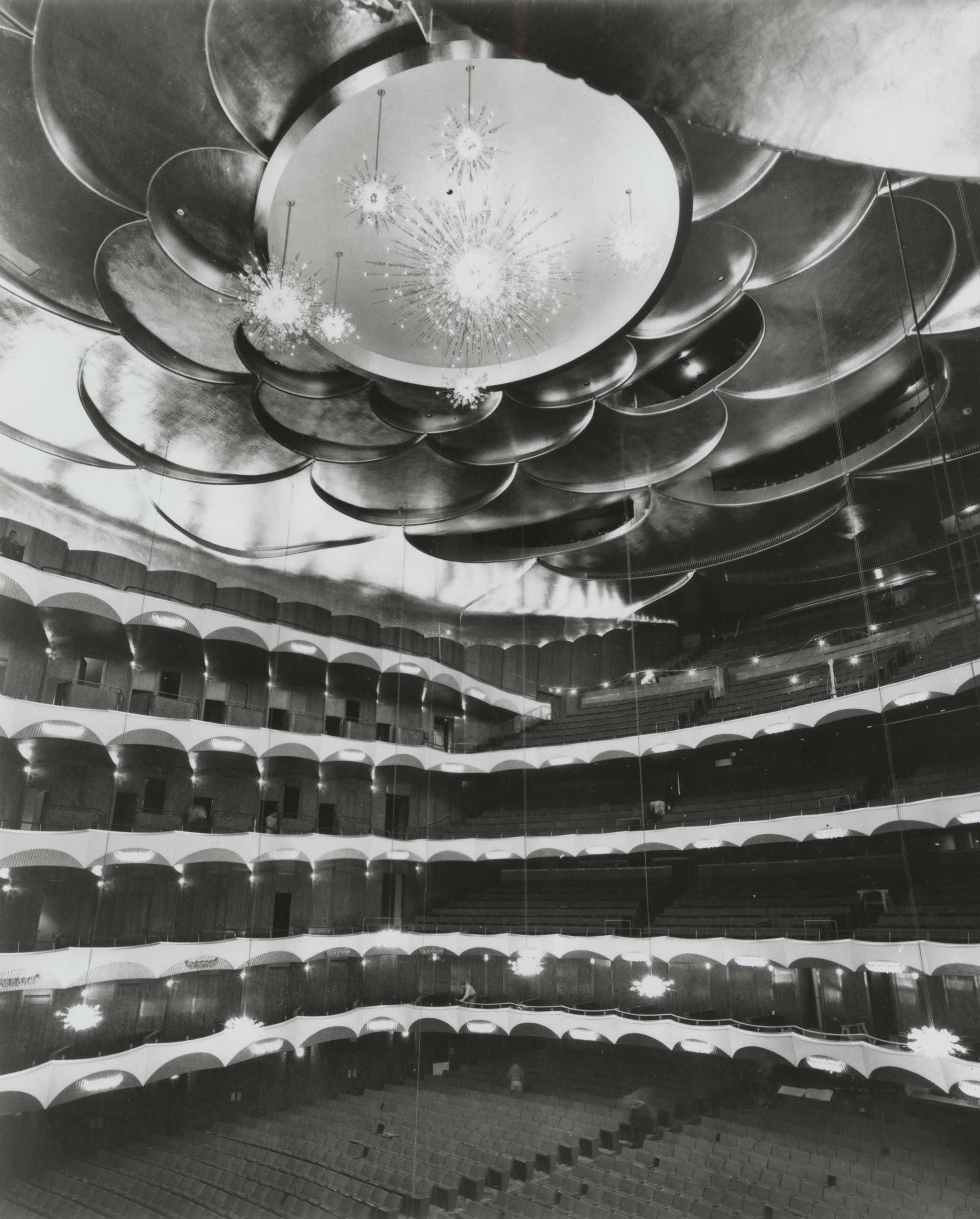