Francis Robinson was a great admirer of the famour tenor Enrico Caruso, and authored the book Caruso: A Life in Pictures.

Francis Robinson with portrait of Enrico Caruso in the background, photograph by Erika Davidson, c. 1970. 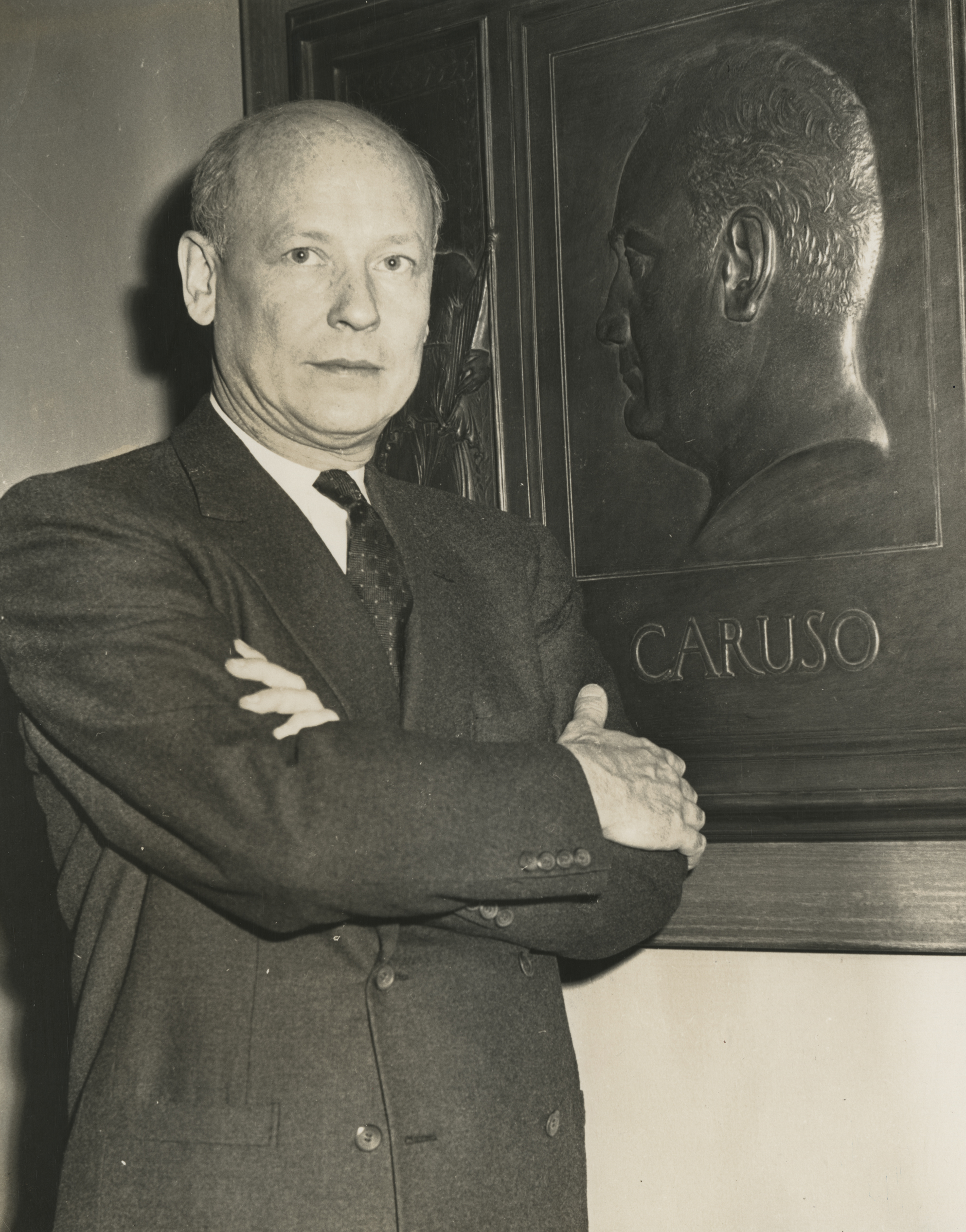 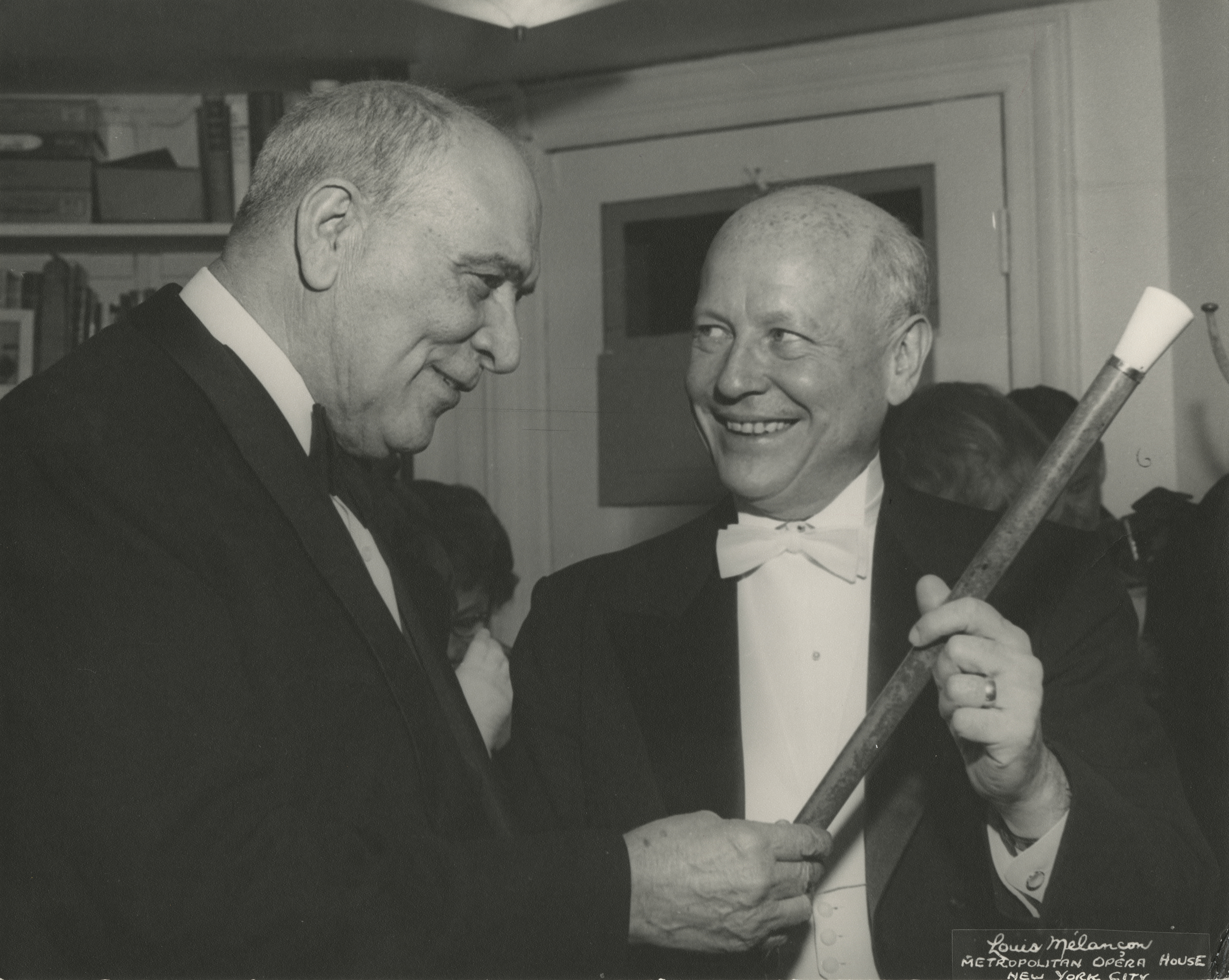 Francis Robinson began his career in the theater as an usher at the Ryman Auditorium while he was studying at Vanderbilt. He received his B.A. from Vanderbilt in 1932 and his M.A. in 1933. He went on to spend more than thirty years at the Metropolitan Opera where he served variously as tour director, assistant manager, press representative, and host of Saturday afternoon broadcasts from the Met. He also served on Vanderbilt’s Board of Trust until his death in 1980.

Robinson began appearing on the popular "Texaco Opera Quiz" in the 1950s, which aired during radio broadcasts of Met performances, but on February 27, 1960, he came into his own on the Metropolitan Opera broadcast with a musical biography of Enrico Caruso. Using his own extensive collection of Caruso recordings and materials, Robinson put together a twenty-minute program honoring the great tenor.   It was a huge success, and that broadcast was the impetus for a series by Robinson called "Biographies in Music" that took place during the third intermission of the Met’s Saturday broadcasts. In introducing Robinson and the series, Milton Cross, host of the Metropolitan Opera broadcast, said that the musical biography of Enrico Caruso was "so moving and brought so many requests for more musical biographies that we have persuaded Mr. Robinson to do a series of such broadcasts for us." In 1978, Robinson became host for the Live from the Met telecast series, continuing to reach out to opera audiences around the country.  He wrote program notes for more than 100 RCA Red Seal albums. The Francis Robinson Collection of Theatre, Music and Dance was given to the Vanderbilt Libraries in 1980. 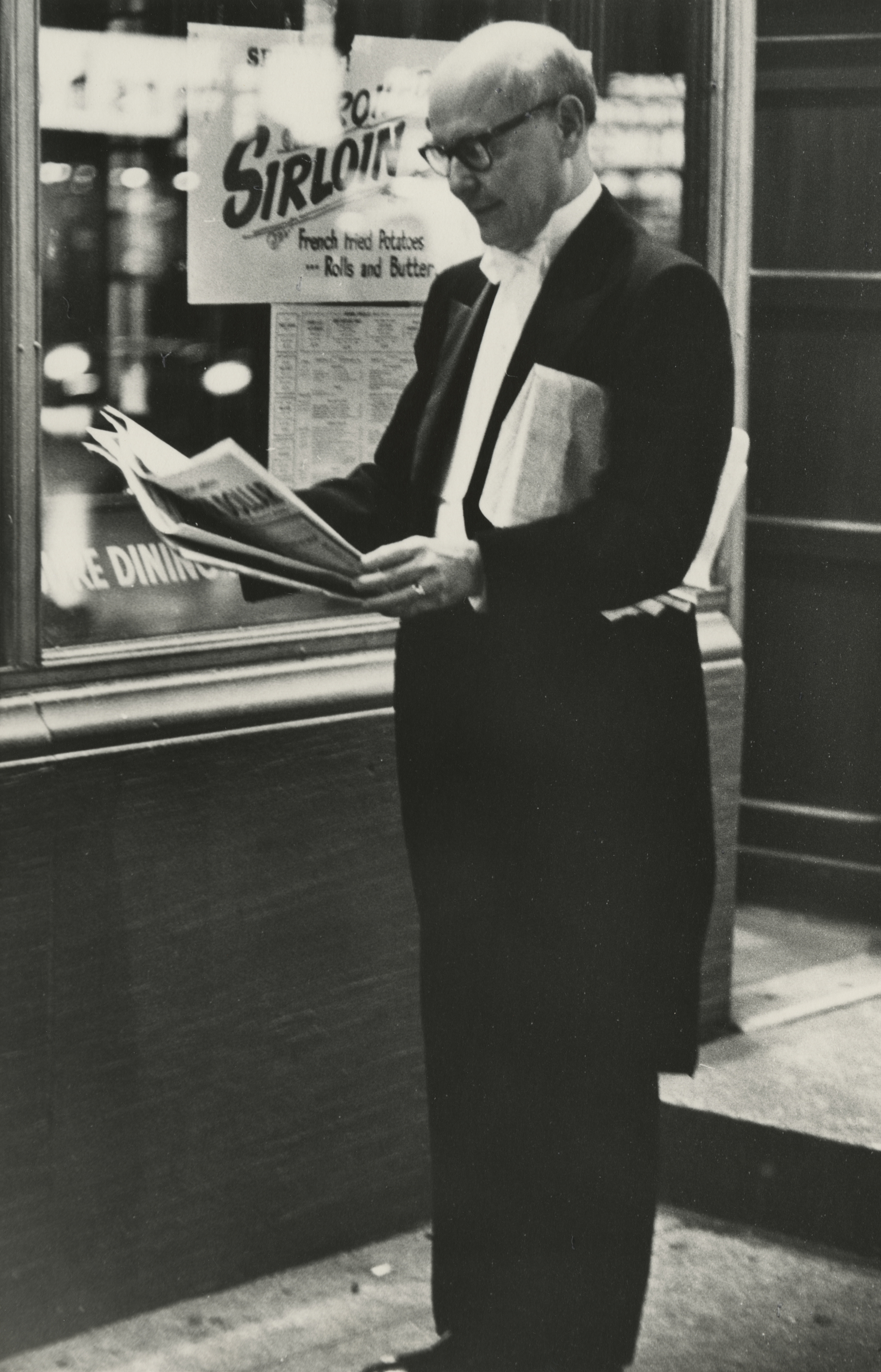 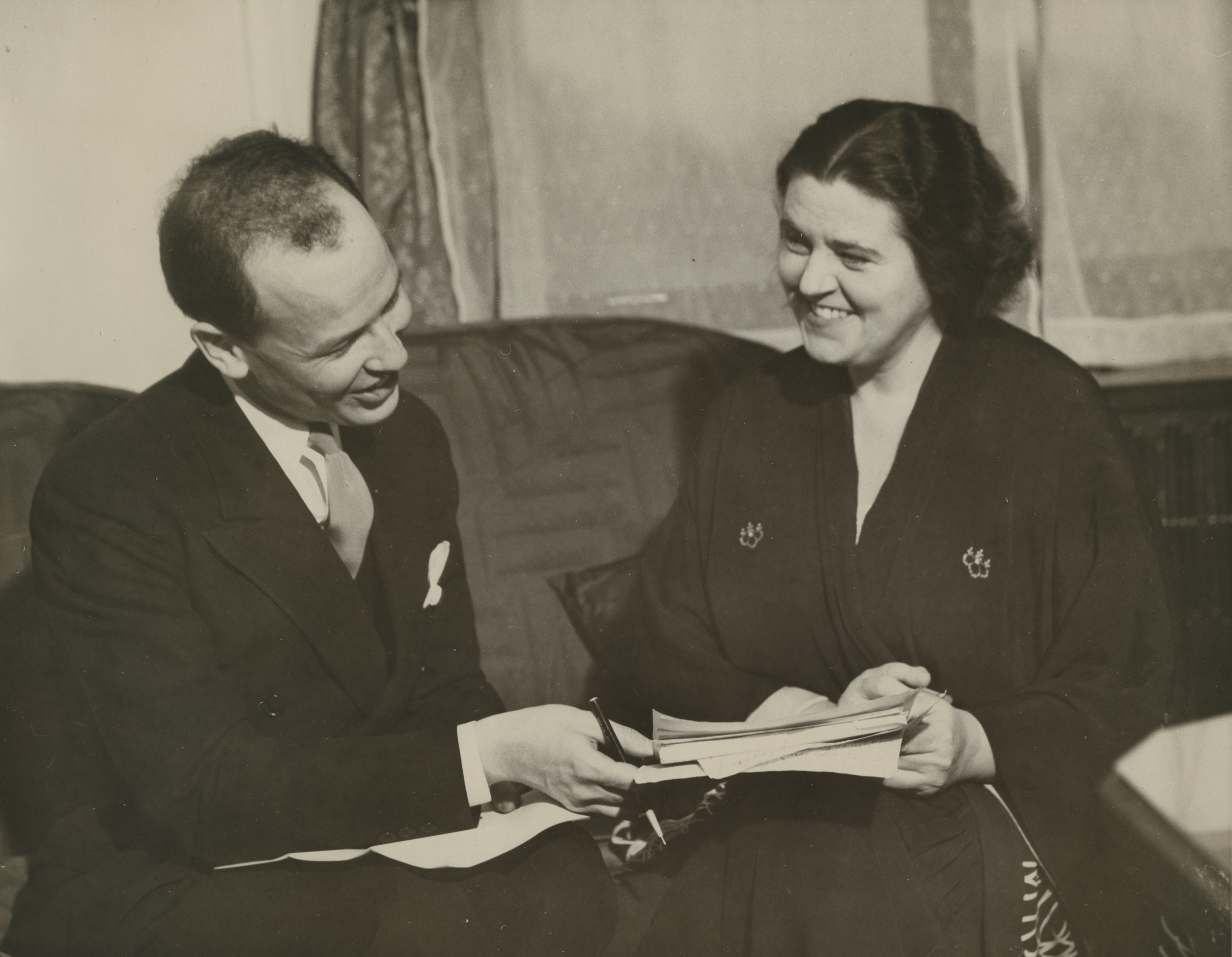 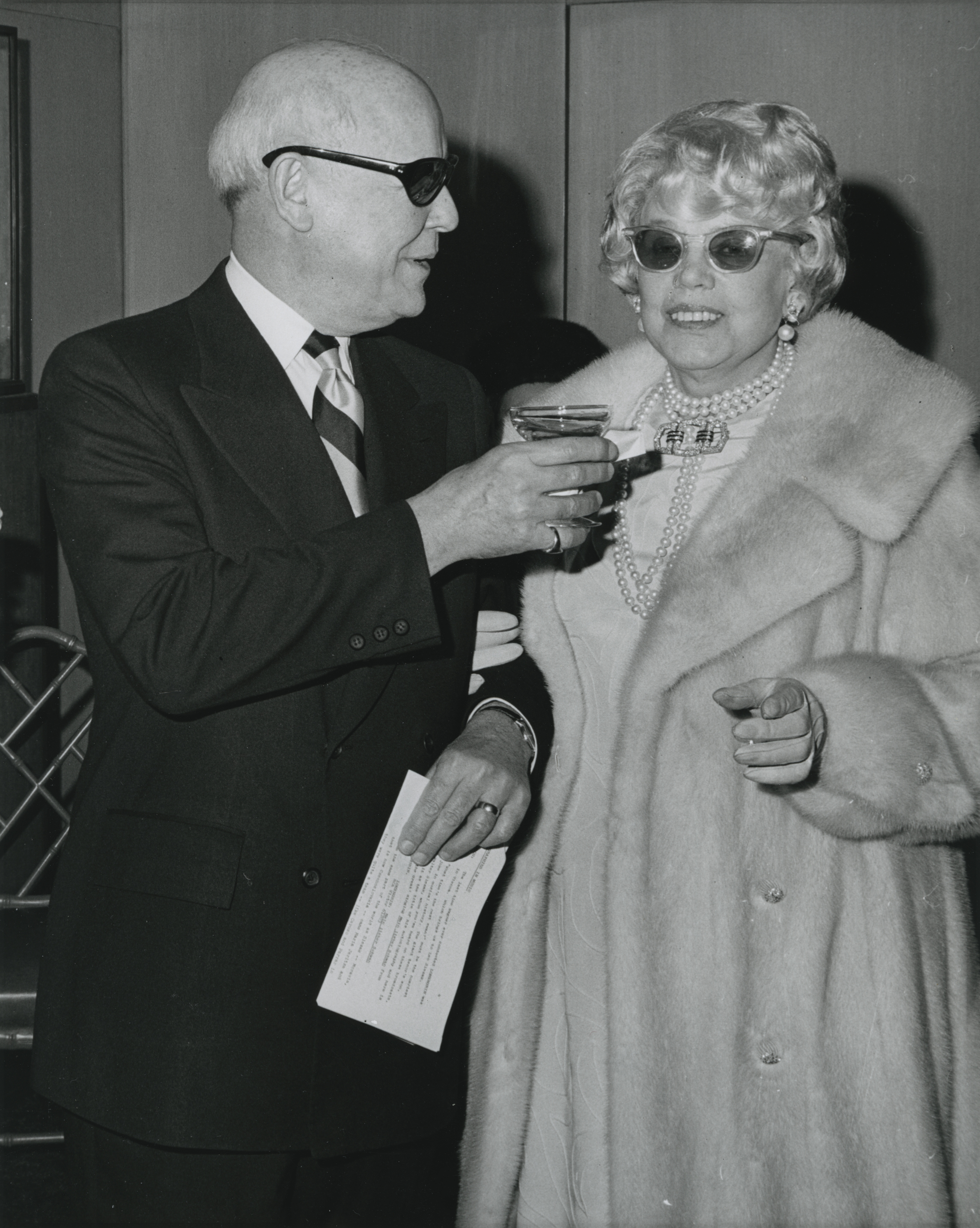