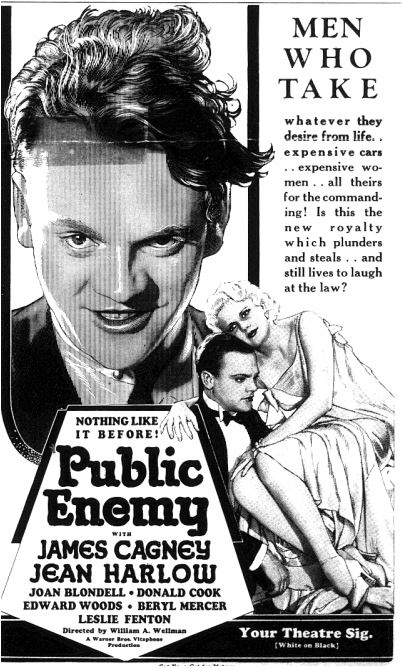 The Cinema Pressbooks of the Major Hollywood Studios collection is a valuable resource for research on the history of the film industry, film history, and film publicity, perception, and reception. The call number of the collection (where it's located in the library) is MIFILM 3135. Ask for it at the Central main circulation desk.

The pressbooks contains publicity material that major studios used to alert newspapers and trade magazines about upcoming and current releases, including recommended advertisements and even recommended copy for articles. These represent the earliest version of today's huge multimedia campaigns to promote blockbuster films via television, web ads, billboards, social media, press events and parties, etc. They are an invaluable way to analyze how the studios sold the mass media on their product in the 1920s, 1930s, and 1940s.

The studios represented in this collection are:

A PDF listing all of the film titles represented in the pressbooks collection (and the corresponding microfilm reel) is below.