Music is, by its very nature, ephemeral. The advent of recorded sound allowed for the preservation of performance in a fixed medium. Early sound recordings on cylinder or shellac disc allow research into performance practice and aspects of individual performance technique. In the case of ethnomusicology and anthropology, field recordings are often the only source materials available for the study of music passed along via oral traditions.

The Digital Collection of East African Recordings (DCEAR) - A subset of the Global Music Archive, DCEAR provides access to more than 1600 individual performances of East African indigenous music. The project was founded in 2003 by Vanderbilt University professor Gregory Barz, the Anne Potter Wilson Music Library, and the Vanderbilt University Libraries, all DCEAR recordings are available free of charge to the public.

Sounds Recordings from the Library of Congress:

African-American Band Music and Recordings, 1883-1923 - "The core of this presentation consists of “stock” arrangements for bands or small orchestras of popular songs written by African Americans. In addition, we offer a smaller selection of historic sound recordings illustrating these songs and many others by the same composers (the arrangements might not necessarily be the same as those on the stocks). Educational materials include short biographies of composers and performers of the time and historical essays."

The Alan Lomax Collection of Michigan and Wisconsin Recordings - "The Alan Lomax collection of Michigan and Wisconsin recordings (AFC 1939/007) documents Irish, Italian, Finnish, Serbian, Lithuanian, Polish, German, Croatian, French Canadian, Hungarian, Romanian, and Swedish songs and stories, as well as occupational folklife among loggers and lake sailors in Michigan and Wisconsin. Lomax’s itinerary took him from Detroit through the Saginaw River valley to the northern counties of the Lower Peninsula, including Beaver Island. Crossing the Straits of Mackinac, he collected across the Upper Peninsula to the far northern Calumet area and then along the Lake Superior coast to easternmost Wisconsin." Alan Lomax was commissioned by the Library of Congress to make these recordings in 1938, and they are a rich source of primary source material for ethnomusicologists. 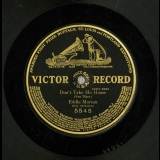 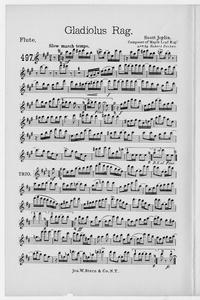