From the nineteenth through the early twentieth-century, performing sheet music around the piano was a common social activity. Hundreds of thousands of songs were published during this time on a wide variety of themes, giving us a glimpse into many different aspects of daily life. In many instances, the cover art is of greater interest than the music itself. Sheet music can serve as a rich primary source material for research on a variety of topics, including race relations, women's suffrage, politics, the Civil War, World War I, and even baseball.

The Sheet Music Consortium - Hosted by the UCLA Digital Library Program and sponsored by grant funding from the Institute of Museum and Library Services, the "Sheet Music Consortium is a group of libraries working toward the goal of building an open collection of digitized sheet music using the Open Archives Initiative Protocol for Metadata Harvesting."

African American Sheet Music - A selected subset of Brown University's John Hay Library collection of American sheet music. "One of the most important categories in the Sheet Music Collection is the African-Americana. This consists of music by and relating to African Americans, from the 1820s to the present day, and consists of approximately 6,000 items." The online collection features 1,454 items.

Sheet Music Collection - A collection of more than 1,500 pieces of sheet music dating from the 1800s to 1922 digitized by the Arizona State University Library.

Sheet Music Collections at the Library of Congress:

Civil War Sheet Music Collection - This digital repository features 2500 songs related to Civil War topics from the Library of Congress's collections. Themes of the collection include emancipation, reconstruction, the Union, and the Confederacy. Both the cover art and notated music are reproduced in full color images.

Historic Sheet Music Collection, 1800-1922 - Numbering 7,682 individual titles, the Historic Sheet Music Collection from the Library of Congress offers a broad overview of popular song publishing in the United States during the 19th through the early 20th centuries. "Notable in this collection are early pieces by Irving Berlin and Jerome Kern, as well as music by other popular composers such as Victor Herbert, Jean Schwartz, Paul Dresser, Ernest R. Ball, Gussie L. Davis, Charles K. Harris, and George M. Cohan. Numerous arrangements of classical tunes by Bach, Beethoven, Schubert and other famous classical composers are also well-represented.

World War I Sheet Music Collection - Encompassing more than 13,000 items, this Library of Congress collection represents sheet music published between 1914 and 1920. "America's entry into the war came at a time when popular songwriting and the music publishing industry, centered in New York's Tin Pan Alley, was at its height and a new musical form known as "jazz" was emerging.  The sheet music collection represents the intersection of this rich output of popular song and the consciousness of a nation at war that was itself emerging, as a major world power."

Yiddish American Popular Sheet Music - "The majority of the selections found here originated in the Yiddish theater, which thrived in the Bowery area of the Lower East Side of New York City from the 1880s into the mid-twentieth century, and which expanded into a network of theaters in Jewish communities around the country. Also found are popular-style arrangements of folk songs and sacred songs as well as instrumental numbers. Some compositions, most notably those of Abe Schwartz, became standards in the field of klezmer music." 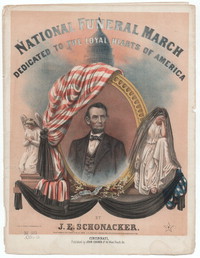 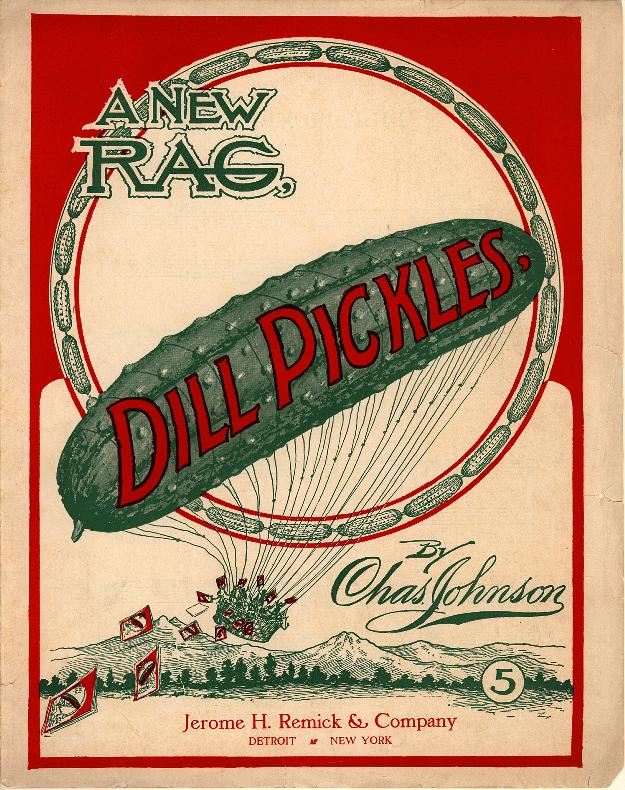 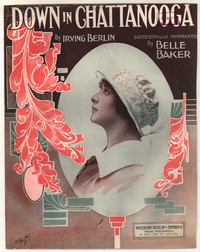