What are Government Documents? 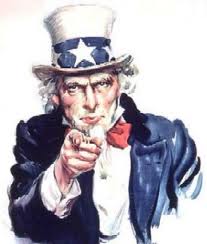 Publications printed by or with the authority of governmental agencies or departments. They may be books, pamphlets, periodicals, posters, maps, or electronic products. Many have general appeal, such as consumer issues, education, statistics, geology, health, and history. Others are technical research reports and legal documents such as laws, hearings and regulations. Vanderbilt University Libraries is a Federal Depository.

Click here for a comprenhensive Guide to Government Documents

These databases contain records from the legislative branches of goverment.

Due to the Freedom of Information Act (FOIA), the Federal Bureau of Investigation has released files that have historical value. The electronic reading room is called The Vault.

Below is a sampling of some files that were kept during the 1960s on well-known and lesser known historical figures and groups:

Malcolm (Little) X. Online FBI File. Malcom X was the Minister of the Nation of Islam up to March 1964.

Five Percenters. Online FBI File. The group of youth gangs operated in Harlem in New York City from 1965 to 1967.

Clarence 13X Smith. Online FBI File. Smith was the leader of the "Five Percenters," a notorious Harlem street gang. He was shot to death in 1969.

Below are some examples of Congressional Hearings: