Now in its fiftieth year, The Vanderbilt Television News Archive is the world's most extensive and complete archive of television news. We have been recording, preserving and providing access to television news broadcasts of the national networks since August 5, 1968. 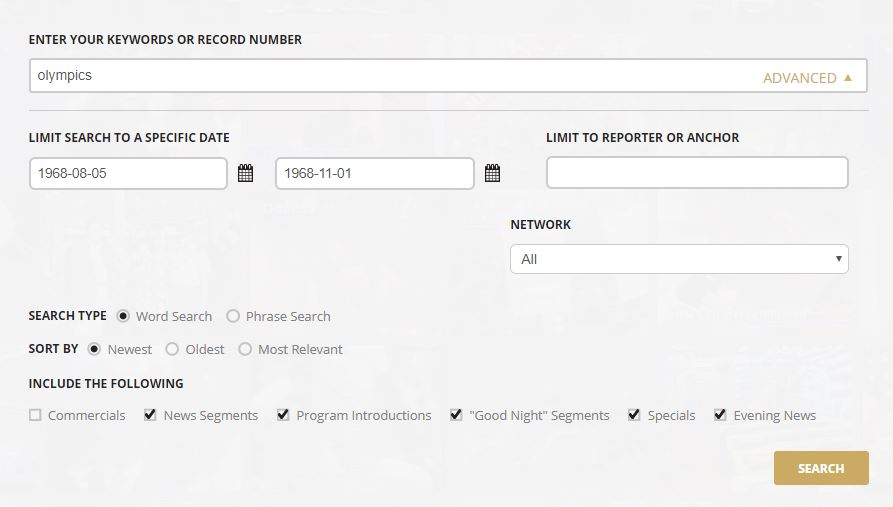