Check out these resources for more information about the history of space exploration and current advancements.

Links will open in a new window.

Timeline: Women in Space (NPR)
Historical timeline of the advances made by women in the space program.

We Choose the Moon
Interactive recreation of the historic Apollo XI moon landing in 1969 which includes audio transmissions, video clips, and photo galleries.  Hosted by the John F. Kennedy Presidential Library and Museum. 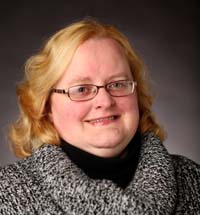