The following library staff are available for research assistance in the Ancient Near East: 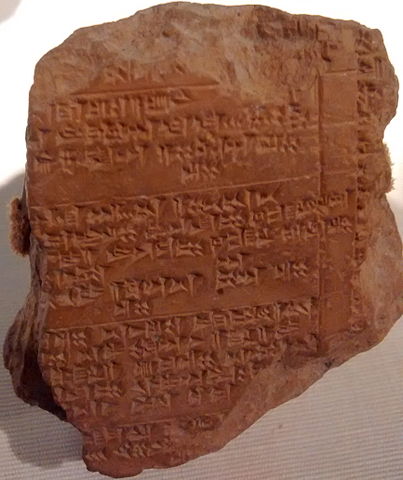 The Hittite language is the earliest preserved member of the Indo-European family of languages. It was written on clay tablets in central Asia Minor over a five hundred year span (c. 1650-1180 B.C.). The vast majority of Hittite tablets were excavated from the ruins of the ancient Hittite capital Hattusa located near the modern Turkish town of Boghazkale (formerly Boghazköy) about 210 kilometers east of Ankara.

Scientific excavation of these ruins by a German expedition began in 1906. About 10,000 clay tablets inscribed with the familiar Assyro-Babylonian script were recovered at that moment. Although some were written in the Akkadian language and could be read immediately, most were in an unknown language, correctly assumed to be Hittite. Within ten years the language had been deciphered, and a sketch of its grammar published. Gradually, the interational community of scholars, led by the Germans, expanded the knowledge of the language. The number of common Hittite words that one could translate with reasonable certainty increased steadily. Glossaries published in 1936 by Edgar Sturtevant (in English) and in 1952 by Johannes Friedrich (in German) admirably served the needs of their contemporaries. Yet today, seventy-five years after the decipherment, there still exists no complete dictionary of the Hittite language.

The Chicago Hittite Dictionary Project (CHD) was officially started in 1975 with the awarding of an NEH grant to Harry A. Hoffner and Hans G. Güterbock, the editors. It was conceived in answer to a recognized need for a Hittite-English lexical tool, a concordance for lexicographical research for all parts of the corpus of Hittite texts.