Exhibits at the Wilson Music Library: Victrola and Lemonade Party

Every spring, the Wilson Music Library hosts a Victrola and Lemonade Party. The event gives students, faculty, and staff the opportunity to listen to acoustic 78s on our Victor VIII tabletop Victrola. This year marks the centenary of our Victrola, known affectionately as "Victor the Eight." Corresponding exhibits in the library demonstrate the variety of formats used to capture our recorded history.

About Victor the Eight:

Manufactured in 1917, the Victor VV-VIII is a tabletop model equipped with a two-spring motor, 10 inch turntable, and lid. The model was introduced in September of 1911, and was discontinued in 1924. The Victor VIII originally sold for $40.00; by the time that the final units were sold in 1926, the price was $50.00. Approximately 186,000 units were produced over the model's run.

Nipper, the playful pup listening to a gramophone recording remains an advertising icon. Nipper's owner painted the picture three years after the dog's death, unaware that it would become synonymous with the Victor name. 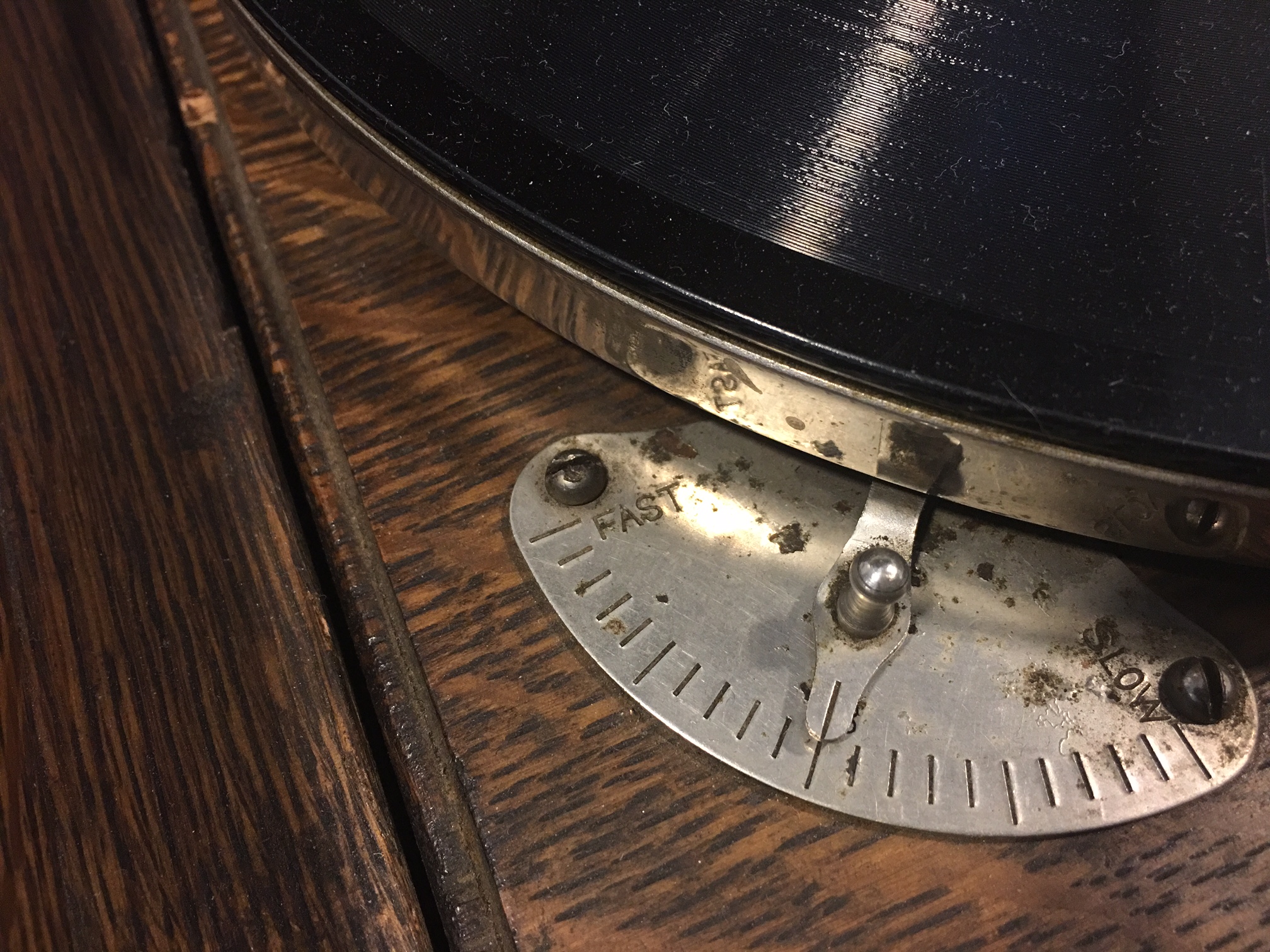 This model of Victrola (and many others) uses steel needles. These needles can only be used once without causing damage to the surface of the record. 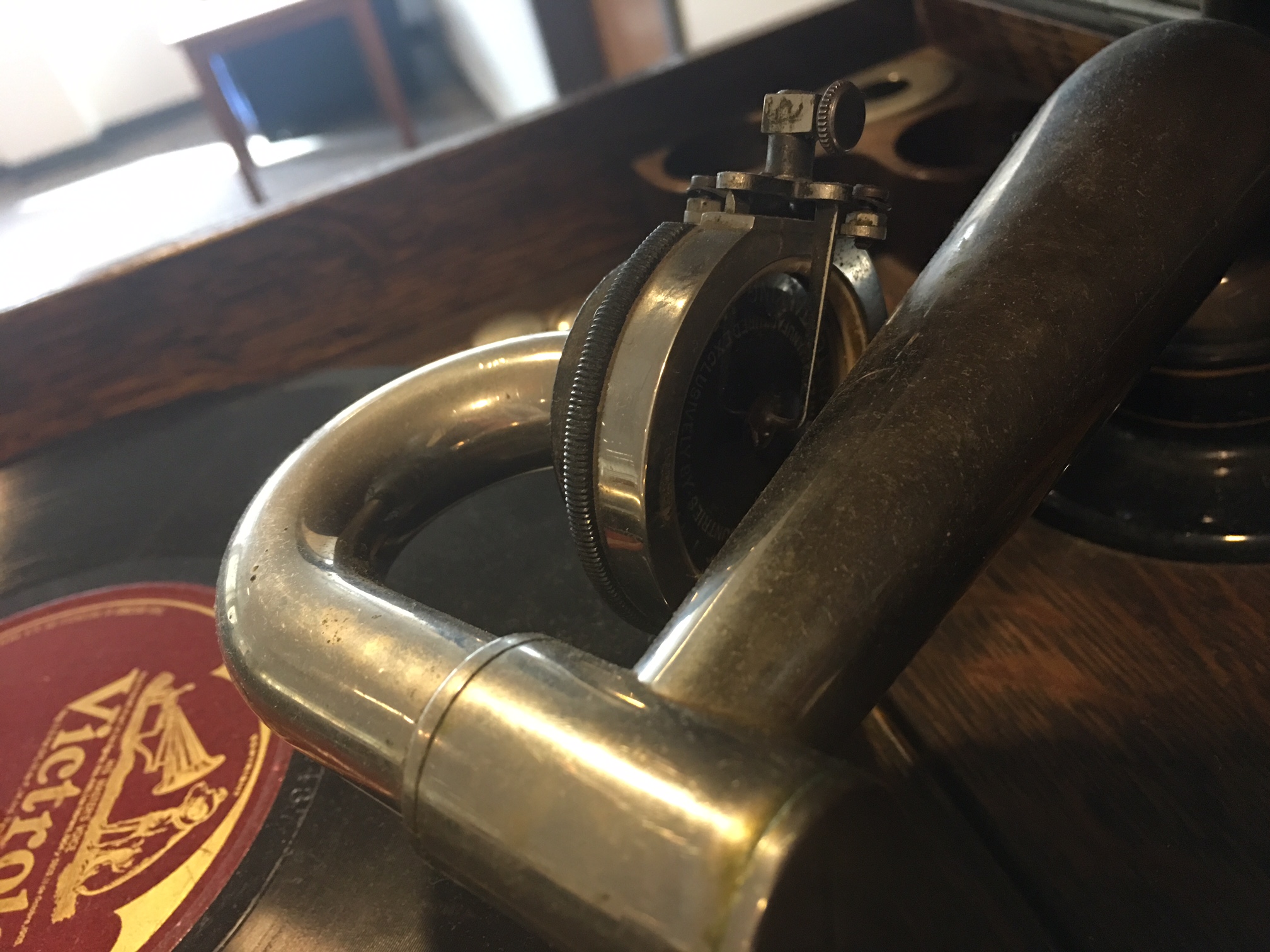 The Wilson Music Library's large exhibit case (located in the main hallway near the copy room) contains several examples of older audio formats, including a wax cylinder, Edison Diamond Disc, Victrola flat discs of varying playback speeds, and a wire recording. You can listen to recordings of the physical media on display via the playlist below.

The small exhibit case (near the Victrola) features sound recordings from Vanderbilt University. University-wide ensembles like the Marching Band and A Cappella Choir have issued recordings for the alumni audience on 78, 33 1/3 LP, and CD. The Wilson Music Library holds the masters for recitals and concerts performed at Peabody College, the Blair Academy, and the Blair School of Music. These recordings are being digitized and preserved via the Blair Performance Archive, which can be accessed below.